Paul Theroux is considered one of the world best travel writers, however he says he is a writer that travels.

Paul Edward Theroux (born April 10, 1941) is an American travel writer and novelist, whose best known work is, perhaps, The Great Railway Bazaar (1975), a travelogue about a trip he made by train from the United Kingdom through Western and Eastern Europe, the Middle East, through South Asia, then South-East Asia, up through East Asia, as far east as Japan, and then back across Russia to his point of origin. Although perhaps best known as a travel writer, Theroux has also published numerous works of fiction, some of which were made into feature films. He was awarded the 1981 James Tait Black Memorial Prize for his novel The Mosquito Coast. He is also the father of British authors and documentary makers Louis Theroux and Marcel Theroux, and the brother of authors Alexander Theroux and Peter Theroux.

Early life
Theroux was born in Medford, Massachusetts, the son of Catholic parents; his mother, Anne (née Dittami), was Italian American, and his father, Albert Eugene Theroux, was French-Canadian. He was a Boy Scout and ultimately achieved the rank of Eagle Scout. After he finished his university education at the University of Massachusetts Amherst, he joined the Peace Corps and taught in Malawi from 1963 to 1965. While there, he helped a political opponent of Hastings Banda escape to Uganda, for which he was expelled from Malawi and thrown out of the Peace Corps. He then moved to Uganda to teach at Makerere University, where he wrote for the magazine Transition (including the article "Nkrumah the Leninist Czar").

While at Makerere, Theroux began his three-decade friendship with novelist V. S. Naipaul, then a visiting scholar at the university. During his time in Uganda, an angry mob at a demonstration threatened to overturn the car in which his pregnant wife was riding. This incident may have contributed to his decision to leave Africa. He moved again to Singapore. After two years of teaching at the University of Singapore, he settled in England, first in Dorset, and then in south London with his wife and two young children.

Literary work
His first novel, Waldo, was published during his time in Uganda and was moderately successful. He published several more novels over the next few years, including Fong and the Indians and Jungle Lovers. On his return to Malawi many years later, he found that this latter novel, which was set in that country, was still banned, a story told in his book Dark Star Safari.

He moved to London in 1972, before setting off on an epic journey by train from Great Britain to Japan and back again. His account of this journey was published as The Great Railway Bazaar, his first major success as a travel writer, and which has since become a classic in the genre. He has since written a number of other travel books, including descriptions of traveling by train from Boston to Argentina (The Old Patagonian Express), walking around the United Kingdom (the poorly-received The Kingdom By The Sea), kayaking in the South Pacific (The Happy Isles Of Oceania), visiting China (Riding the Iron Rooster), and traveling from Cairo to Cape Town (Dark Star Safari). As a traveler he is noted for his rich descriptions of people and places, laced with a heavy streak of irony, or even misanthropy. Other non-fiction by Theroux includes Sir Vidia's Shadow, an account of his personal and professional friendship with Nobel laureate V. S. Naipaul that ended abruptly after thirty years.

Personal life
Theroux currently resides in Hawaii and Cape Cod, Massachusetts, U.S.A. He is currently married to Sheila Donnelly (since November 18, 1995). Previously, he was married to Anne Castle from 1967 to 1993. He has two sons with his first wife – Marcel Theroux and Louis Theroux – both of whom are writers and television presenters. In his books, Theroux alludes to his ability to speak Italian, French, Spanish, Chinese, Chichewa, and Swahili.

Controversy
By including versions of himself, his family, and acquaintances in some of his fiction, Theroux has occasionally disconcerted his readers. "A. Burgess, Slightly Foxed: Fact and Fiction", a story originally published in The New Yorker magazine (August 7, 1995), describes a dinner at the narrator's home with author Anthony Burgess and a book-hoarding philistine lawyer who nags the narrator for an introduction to the great writer. “Burgess” arrives drunk and cruelly mocks the lawyer, who introduces himself as “a fan”. The narrator’s wife is named Anne and she shrewishly refuses to help with the dinner. The magazine later published a letter from Anne Theroux denying that Burgess was ever a guest in her home and expressing admiration for him, having once interviewed the real Burgess for the BBC: “I was dismayed to read in your August 7th edition a story … by Paul Theroux, in which a very unpleasant character with my name said and did things that I have never said or done.” When the story was incorporated into Theroux’s novel, My Other Life (1996), the wife character is renamed Alison and reference to her work at the BBC is excised.

Theroux's sometimes caustic portrait of Nobel Laureate V.S. Naipaul in his memoir Sir Vidia's Shadow (1998) contrasts with his earlier, gushing portrait of the same author in V.S. Naipaul, an Introduction to His Work (1972); events in their relationship over the 26 years between the two books colored the perspective of the later book.

On December 15, 2005 the New York Times published an op-ed piece by Theroux called "The Rock Star's Burden" criticizing Bono, Brad Pitt, and Angelina Jolie as "mythomaniacs, people who wish to convince the world of their worth." Theroux, who lived in Africa as a Peace Corps Volunteer and a university teacher, adds that "the impression that Africa is fatally troubled and can be saved only by outside help - not to mention celebrities and charity concerts - is a destructive and misleading conceit.".

However, in 2002, on publication of his Africa travelogue Dark Star Safari, reviewer John Ryle in the London Guardian contradicted Theroux's views on international aid, accusing him of ignorance. "I'm not an aid worker, but I was working in Kenya myself at about the time Theroux passed through ... It's not that Theroux is wrong to criticise the empire of aid. In some ways the situation is even worse than he says ... The problem is that Theroux knows next to nothing about it. Aid is a failure, he says, because 'the only people dishing up the food and doling out the money are foreigners. No Africans are involved'. But the majority of employees of international aid agencies in Africa, at almost all levels, are Africans. In some African countries it is international aid agencies that provide the most consistent source of employment ... The problem is not, as Theroux says, that Africans are not involved; it is, if anything, the opposite. How come he didn't notice this? Because, despite his hissy fits about white people in white cars who won't give him lifts, he never actually visits an aid project or the office of an aid organisation." Despite being a self-described "angry and agitated young man" in his early twenties when he felt had to escape the confines of Massachusetts and a hostile U.S. foreign policy, he admits having "the disposition of a hobbit" and remains optimistic about most of his subject matter. "I need happiness in order to write well...being depressed merely produces depressing literature in my case", he explains (speaking during a live interview by CBC Radio presenter Eleanor Wachtel on stage at the 30th International Festival of Authors, Toronto, October 25, 2009) 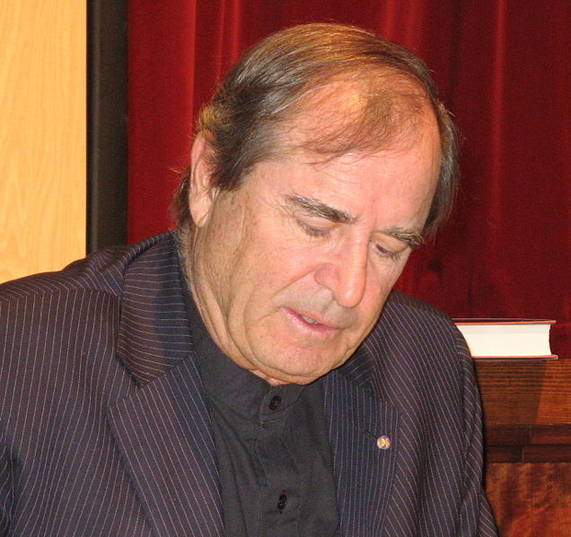