Truth vs Lies vs Honesty

Truth Vs Lies Vs Honesty - Travel requires a person learn to spot liars and honest people in seconds, this skill is needed.

This site is about Travel and Tourism, unfortunately the travel industry is full of liars, cheat and marketing that is scams. This is the problem, the solution is to learn how to recognize the lies, know who is telling the truth, and to recognize honest people.

Travel Situations that Induce Lying by Tourist or Travelers
There are a few situations where the governments of the world will cause you problems if you tell the complete truth, there is truly a need for dishonesty by omission.

Negotiations and Lying - This is not needed, and even though the other party in the situation may lie, when a person knows you are lying, they will not give you a great deal.

Honesty refers to a facet of moral character and denotes positive, virtuous attributes such as integrity, truthfulness, and straightforwardness along with the absence of lying, cheating, or theft.

Truth can have a variety of meanings, from the state of being the case, being in accord with a particular fact or reality, being in accord with the body of real things, events, actuality, or fidelity to an original or to a standard, truth "behind" everything, the ontological truth. In archaic usage it could be fidelity, constancy or sincerity in action, character, and utterance. Various theories and views of truth continue to be debated among scholars and philosophers. There are differing claims on such questions as what constitutes truth; what things are truthbearers capable of being true or false; how to define and identify truth; the roles that revealed and acquired knowledge play; and whether truth is subjective, relative, objective, or absolute. This article introduces the various perspectives and claims, both today and throughout history.

A lie (also called prevarication, falsehood) is a known untruth expressed as truth.

A lie is a type of deception in the form of an untruthful statement, especially with the intention to deceive others, often with the further intention to maintain a secret or reputation, protect someone's feelings or to avoid a punishment or repercussion for one's actions. To lie is to state something that one knows to be false or that one does not honestly believe to be true with the intention that a person will take it for the truth. A liar is a person who is lying, who has previously lied, or who tends by nature to lie repeatedly - even when not necessary.

Lying is typically used to refer to deceptions in oral or written communication. Other forms of deception, such as disguises or forgeries, are generally not considered lies, though the underlying intent may be the same. However, even a true statement can be used to deceive. In this situation, it is the intent of being overall untruthful rather than the truthfulness of any individual statement that is considered the lie.

Serious lies (such as perjury, fraud, and defamation) are punishable by law.

How to Catch a Liar 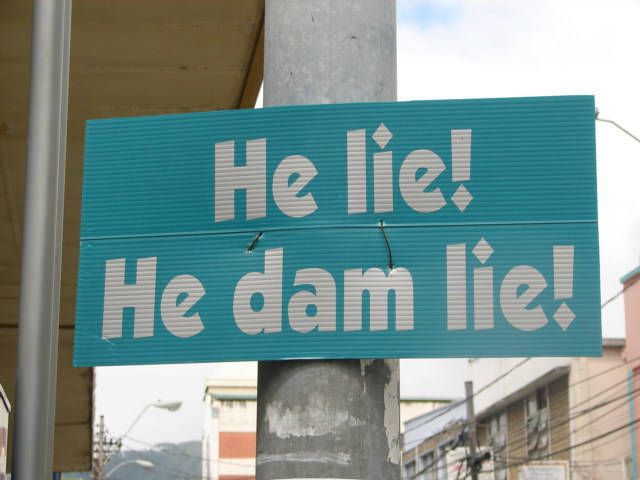