Travel, Travel it is travel, not God revealing his or her self.

This is Not an African Dark Star Safari Trip

Plaease read the book “Dark Star Safari,” by Paul Theroux if you want; this book is an “enlightened chaptered” account of a trip taken overland from Cairo to Cape Town via buses, cars, and other public transport. 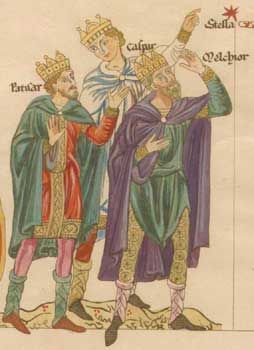 I am sitting here typing in a special Hotel in Benin, Africa.
I am in a special city in West Africa, Natitingou Benin.
I am meeting special people, not the normal run of the mill types.
I am emotionally different, because I terminated plans to marry a Cote d’Ivoire girl.

Yes, I am in Africa, and so what?
My life is not a book with an ending, I keep the book open, nothing special to speak of, just another day.

One person can read those four lines and understand the words Dark Star; another person could focus on the word Safari. And, the word Star would impact a few people if you realized we are under stars, and stars have many meaning for travelers.

I will never be able to travel with the stars, and I am definitely on Safari, however the idea of Dark Star is sort of morose.

The word star also has biblical illusions, as the Three Wise Men appeared to follow the star to the new Christ, a new beginning. Where the Old Testamount was put to the side, and new way was reveal to find salvation.

There are “Rising Stars,” which for me refers to Movie Stars, who suddenly become famous, or musicians. I was 18 once, not twice. And I dreamed of Pete Maravich a basketball star, and the musical group called R.E.O. Speedwagon, it all passed, no need to enter toilet twice.

There are friends of mine who still are looking for the rising stars of music, which is fun, being that I am 57 years old. When I hear eold songs, I tell my friends, please this is re-runs, I saw this show when I was 18.

Yesterday, here in Natitingou, Benin West Africa, my new friend Roland and his comrades showed me the “Nati Handshake.” I felt like an insider, as 2-3 young men, around the age of 20 showed me, the 57 year old man, the special handshake of endearment for Nati. All countries, and rising stars have their special handshake, it means you are part of the tribe, or invited. And, in the teen years we all are looking for the correct tribe to join.

I always think, maybe I should have joined a Fraternity at University, and quit after one year. Instead of just saying no, it would have been nice to know two tribes at Uni, as the Brits call University.

Well, good old Paul Theroux came to Africa, I think Malawi, Africa as a youngster and lived under the “Peace Corps,” star. I suspect he feels rather guilty, he did not save the world, and he was once on the losing team, but no more, he is forever being polite, but the underlying voice is screaming.

I am not a rising star, I am not under a dark star I am not under a shining star today, and for sure, I have no use for 5 Star Hotels and the French word “Cache,” a great way of saying 5 Stars, and why we living in our 5 Star Cache world.

Africans are black, I mean jet black, some are coal black, and the rather motivating word for girls is to call them ebony. This word ebony, and dark are fun, but sort of irrelevant, Africans are not much different than Asians or Latinos, and Europeans are too self-absorbed to believe that all mankind is one, and American are still out to lunch, waiting for the food to arrive.

I say President Obama on TV, and he does not look African, he looks white, sort of scary.

I have said,
“I will travel until I know why I travel.”

Travel is always to a destination, there is always the search for the sign, the star that will guide us to the end, to a new place.

I believe I know why I travel and I am no longer living under stars, around stars, or chasing stars, I stopped traveling, and have started living.

All this chasing star stuff is tiresome, today is today, the sun is shining here in Africa, it is the same sun as the USA, and even though we want to be different than Africa, we are exactly the same, no good story can change the truth that humans are humans, whatever the location, continent, religion, or continent. We all are petty, that is the human condition, one never-ending soap opera, trying to pretend we are an all star cast, full featured movie.

We can go out at night, and look for stars, or go to bed, sleep with the angels, then wake and live life in the light of day, we can become enlightened, or turn on the lights.

Travel is like a three ring circus, full of clowns, and elephants, and there is always somebody with a megaphone screaming,
“It is special.”

And, nothing better than a big box of popcorn, while I sit back and watch the show, Yes, I am watching the show, and I have no desire to be one of the clowns, big elephants, or the main attraction.

Now, give me back my popcorn.

It is first prayer, and somebody gave the kids a megaphone, another day in Paradise, and another promoter with a loud speaker system.
4:30 A.M.

Everyone wants to be God, and God continually said I am the only God; he needed to drill this into our brains lest we forget.

Like I said, give me my popcorn, and let me watch the show.