When Francophone African people ask my job I now have learned to say,
“Bouger Bouger Bouger.” 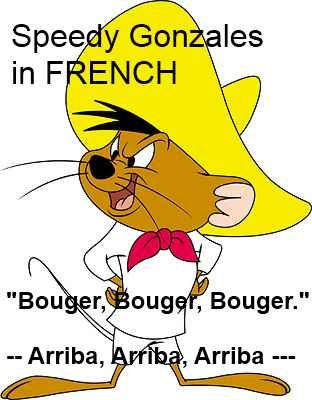 When an American ask me what I am doing here,
I often say,
“I am homeless.”

It is outside the realm of mondern man to believe any human can travel perpetually for 15 years. This type of travel is impossible, humans need a home, a base, a place where they stay. The believe I am in misery, and beyond the mind of a well man to imagine that it is possible to love life homeless, all the people are waiting for me to stop, and live a real life... LOL

40 hours per week of work, and pay for a house and car.

Marc my friend from France who has lived in Togo for 13 years taught me that French word what a relief to have an acceptable answer so they stop asking. He often jumps in an clarifies to people when my French fails, and one day a
“first level thinking”
girl was being persistent. And he started to laugh and said,
“Bouger Bouger Bouger.”

Really she wanted to know,
“How much money can you spend on me.”

To American and European first level thinkers I would say,
“I am homeless, I receive monthly payments of money, and travel from country to country chasing girls.”

I would love to say that I look are curious things, and wonder about to American. but being curious does a fly over. Chasing girls, or having men is what any American can understand and complain about. It is not acceptable, but understandable, as if men should not like women, a very strange thing, which the African women think is normal.

The African girl in her wildest imagination, in her dreams, hopes and understanding of the world could never imagine a White Man:
1. Earning all his money from one web site.
2. Needing money.
2. Traveling to 90 countries.
4. Earning money from writing.

Americans always think I make web sites, they have never met a person who earns more than them from a web site.

In her mind, all white people were rich, had no need for money it was unlimited, and the world ended after what she knew.

Christopher Columbus had to deal with this first level thinking problems on steroids, 99 percent of Europeans believed if you went to far into the ocean you would fall off. They looked at the water and it was flat, therefore the world was flat, even though the moon was round.

First level thinking does not require you to extrapolated possible reasons or motivations, all thinking stops with the words. It is more or less the way children under five think, long explanations just do not compute, we must keep it simple for children.

Pretend you are driving down the road in the car with a good friend and he or she suddenly insist,
“Please stop?”

In Africa I must command them, I do not ask,
“Stop.”

In first level thinking the person says,
“No.”

And why do they refuse? Because he or she does not want to stop, they are driving the car, and the world revolves 100 percent around this person. Why would they stop, there is reason to stop?

First level thinking is very harsh, brutal, selfish, and when you ask your friend politely, they just reply with what they want,
“No, I do not want to stop.”

Second level thinking from people thinks before they talk, and ask the question in their head,
“Why doe my friend want to stop the car?”
“Why is my friend so insistent?”

Yes, I know, this not a job, but from the viewpoint of a West African the whites drive cars and never work. And we do in move and move and move.

Time means little, and why you move is not important to the average African. unless you take them to France, they just do not care to think about it.

I looked up the word “Move” on Google Translate, I want to hear it the word said to me, the word it gave was.
“déplacer.”

Which might work with a highly educated French person, I think this literally means in English that you was in one “place,” and you needed to leave that place, you was “DE-placed.”

How do I say what I do to Americans in first level thinking what I do for a living, which highly needed for Internet marketing:

“I am homeless, I receive monthly payments of money, and travel from country to country chasing girls.”

The average American says to me,
“That is sad, you are homeless.”