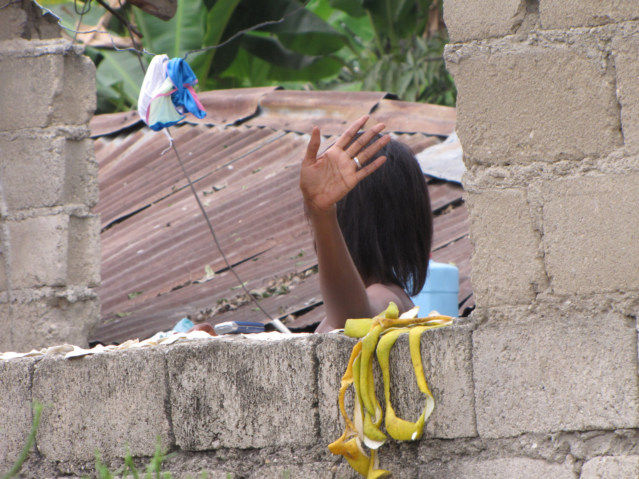 A girl taking a shower or bath. 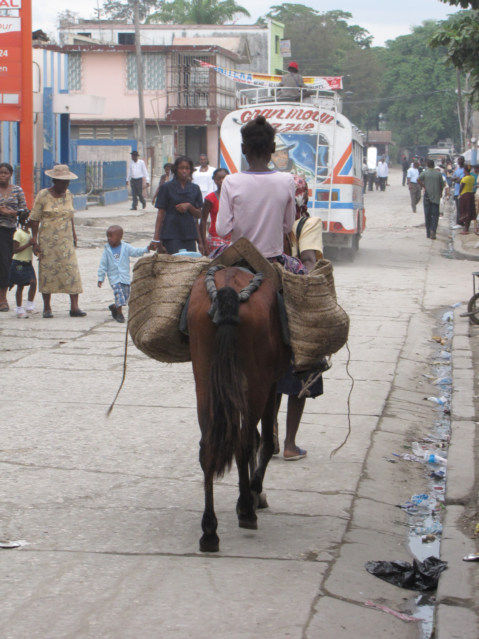 A Donkey being lead by an old lady. 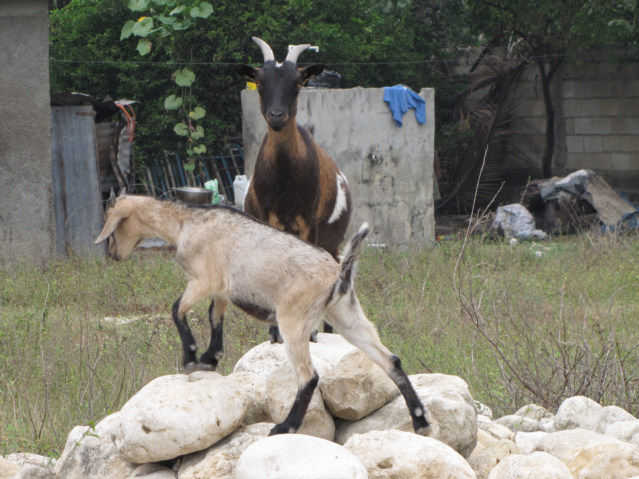 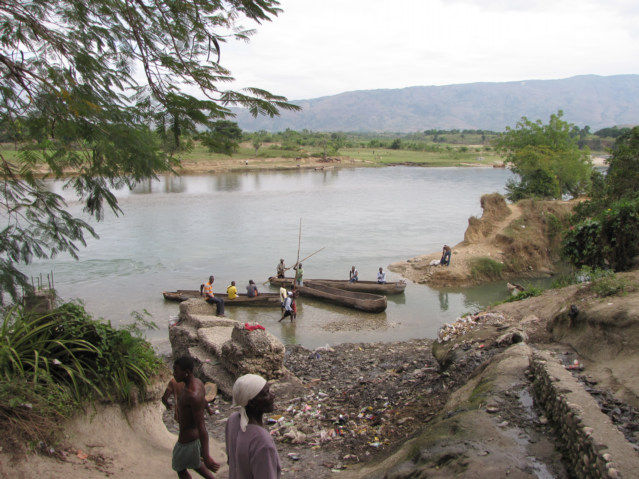 A large view of the river that runs along the city of Mirebalais. 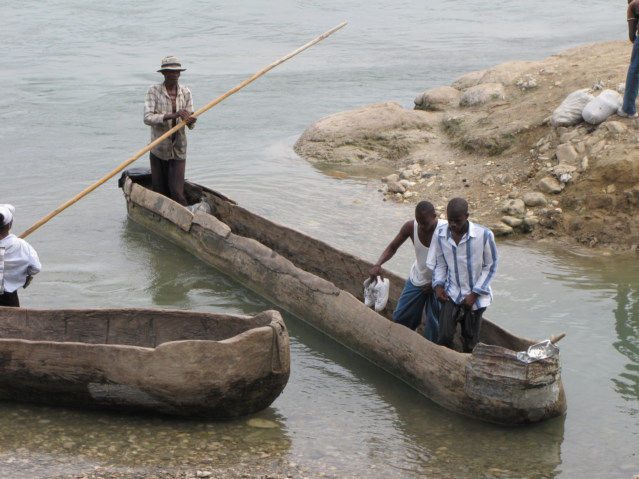 A large dugout canoe on the river. 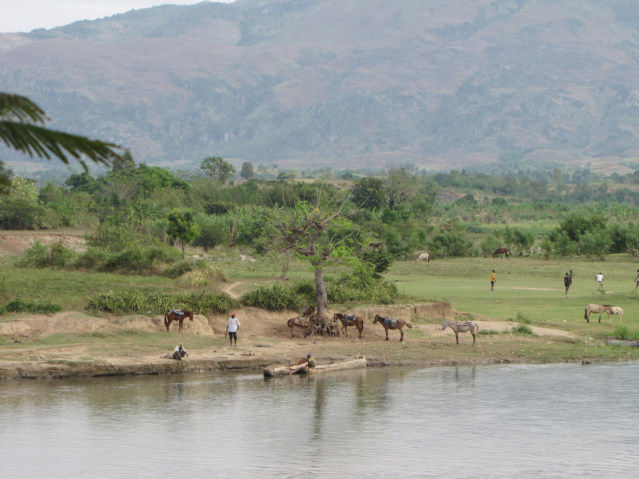 There are many donkeys or horses on the other side of the river. Haiti has many hills, therefore the towns or cities are the valleys between the hills.

The boys on the river came up and gave me a lecture about taking the river photos. They said,
“You cannot take photos.”
I wanted to say,
“I did.”
Instead, I just walked away and ignore them; they are preoccupied with the idea that I am going to make 100 of dollars with a photo of them. I see this as greed, actually, they believe I should not take the photo, yet give them money. Haiti thinks at the third grade mentality, when they are happy, it is like children playing. When they get angry, it is the same as bullies in the playground. There is no reasonable way to keep children happy, you must somehow learn the child, adults in normal countries is reasonable. This childish behavior makes the country enjoyable, yet slowly makes me hate them. There is selfishness about children, they need this, they need that, and there is no justice.

One simple way of understanding a more primitive way of thinking is this; I purchased a small package of cookies. Two of the young boys walked up to talk to me at the same time. I held out two cookies in my right hand, seeing they were standing side by side, I expected both to reach out and grab their one cookie. The one boy tried to grab both. This is Haiti, this is the sense of justice that prevails, and it is hard to say they are bad, they are just self-centered, and the world revolves around their immediate wants.

Children are great when happy, lovable and playful, when a person become 25 years old, and they throw a temper tantrum, it can turn into a riot. This unpredictably nature of primitive cultures makes it fun, intriguing, unpredictable, and horrible at the same time. I have to adjust my personality between, adult, child, and parent at all times, constantly aware I could make a life-threatening mistake.

Women travelers have fewer problems in a male dominated culture, because they are not taken serious.

Truthfully, Haiti has plenty of money, food, shelter; I do not find many street people. I think I can remember four, while in Philippines I would see 100 in the same amount of time in country. I think this is more a country that has lost hope for the future, more or less screaming out, somebody come help, and as always, all people feel money is the answer.

I would not anticipate many changes here in the next 20 years.