Guatemala Drunk in Front of Hotel 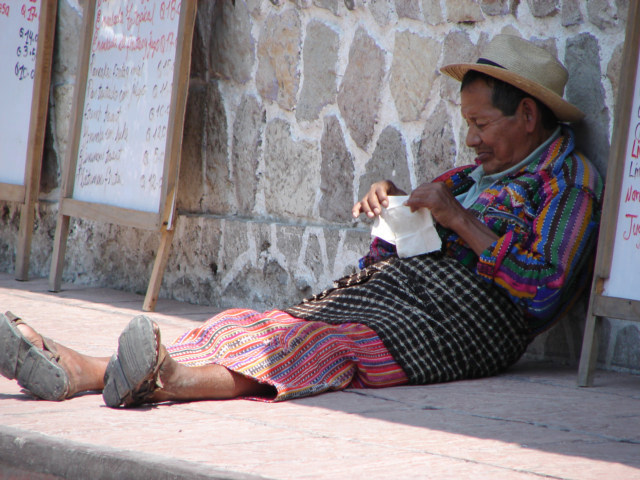 This man slept in front of the Hotel for about four hours in the middle of the day. I think he was trashed. Somewhat common to see people just drop and sleep in the streets of the world. However normally they choose a less conspicuous place, this is interesting at maybe the kindness of the Guatemala persons, I would probably have been kicking his butt down the street away from the front of my restaurant or hotel. 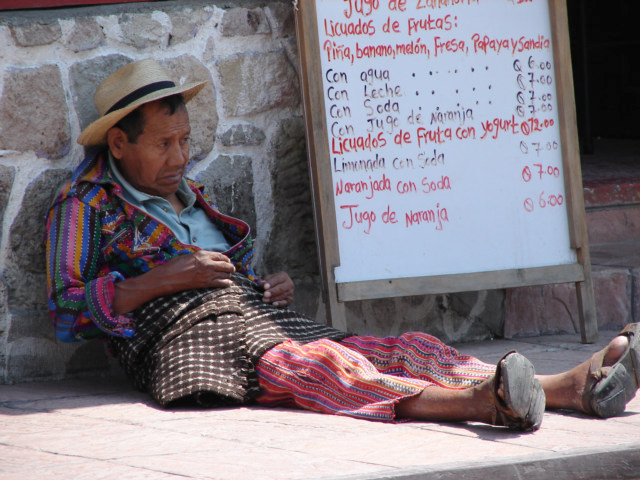 He was dazed, and then he would roll over and put his hat on his eyes to protect from the glaring sun. I do not like to take these photos, it is embarrassing, however it is real.

In the Caribbean there were many, however more dangerous because the people were more prone to violence than here. Much bigger people in the Caribbean and very dangerous person, harder to take photos of there than in Guatemala. Drunks are a dangerous bunch of people.