2009-12-23 07:57:56
I will be spending Christmas in the Port-au-Prince, Haiti. The United Nations military force occupies the country of Haiti. As best I can tell, there are at least 10 major camps in the country and probably a lot more, I am guess. I have personally seen about five UN Military Camps. 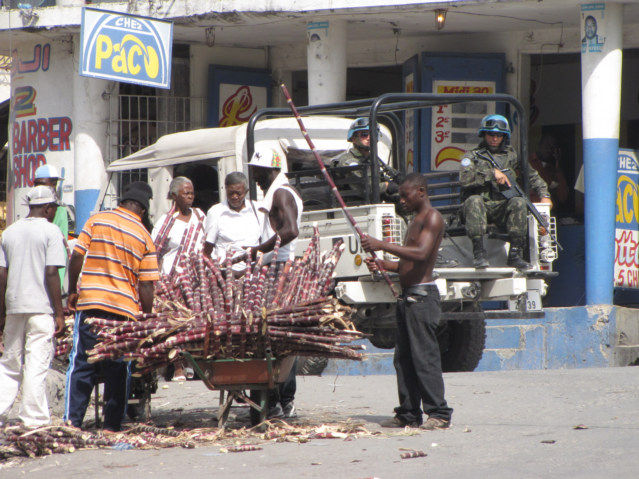 These photos are difficult to take, these trucks full of soldiers come flying up or down Rue Lamarre, they are in a hurry. I must pull out the camera, take the photo quickly, and then hope none of the soldiers sees this as a hostile act.

Iraq
Lesson learned, I was in the front seat of a taxi north of Baghdad heading towards Dohuk, Iraq in September of 2002 (3?). We was passing a United States Military Camp, I pulled out my camera and pointed it the camp.

The Taxi Driver slapped me down, saying
“Never point.” 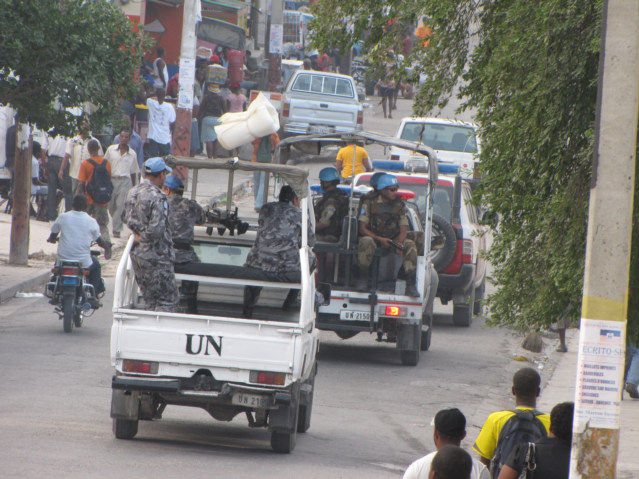 Does anyone know how many UN bases are in Haiti?