A Zeppelin is a type of rigid airship pioneered by the German Count Ferdinand von Zeppelin in the early 20th century.

A Zeppelin is a type of rigid airship pioneered by the German Count Ferdinand von Zeppelin in the early 20th century. It was based on designs he had outlined in 1874 and detailed in 1893. His plans were reviewed by committee in 1894 and patented in the United States on 14 March 1899. Given the outstanding success of the Zeppelin design, the term zeppelin in casual use came to refer to all rigid airships. Zeppelins were operated by the Deutsche Luftschiffahrts-AG (DELAG). DELAG, the first commercial airline, served scheduled flights before World War I. After the outbreak of war, the German military made extensive use of Zeppelins as bombers and scouts.

The World War I defeat of Germany in 1918 halted the airship business temporarily. But under the guidance of Hugo Eckener, the deceased Count's successor, civilian zeppelins became popular in the 1920s. Their heyday was during the 1930s when the airships LZ 127 Graf Zeppelin and LZ 129 Hindenburg operated regular transatlantic flights from Germany to North America and Brazil. The Art Deco spire of the Empire State Building was originally if impractically designed to serve as a dirigible terminal for Zeppelins and other airships to dock. The Hindenburg disaster in 1937, along with political and economic issues, hastened the demise of the Zeppelin. 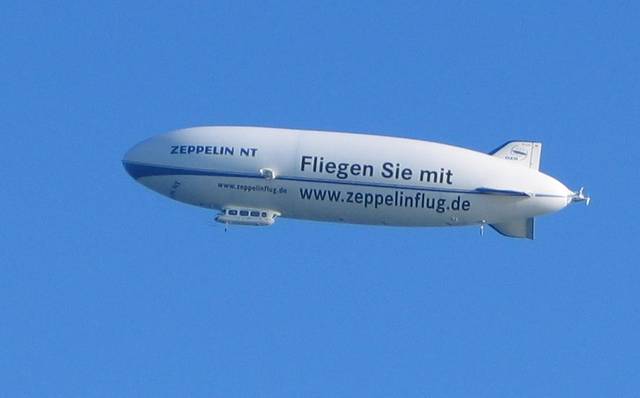