A tram in most forms of English, referred to as streetcar in North America, is a rail vehicle which runs on tracks in streets.

A tram or tramcar in most forms of English, referred to as streetcar or trolley car in North American English, is a rail vehicle which—at least in parts of its route—runs on tracks in streets. It may also run between cities and/or towns (interurbans, tram-train), and/or partially grade separated even in the cities (light rail or light rapid transit). Trams are designed for the transport of passengers and (very occasionally) freight.Trams are usually lighter and shorter than conventional trains and rapid transit trains. However, the differences between these modes of public transportation are confusing. Some trams (for instance Tram-Trains) may also run on ordinary railway tracks, a tramway may be upgraded to a light rail or a rapid transit line, two urban tramways may be united to an interurban, etc.Most trams today use electrical power, usually fed by a pantograph; in some cases by a sliding shoe on a third rail or trolley pole. If necessary, they may have several power systems. Certain types of cable car are also known as trams. Another power source is diesel; a few trams use electricity in the streets and diesel in more rural environments. Also steam and petrol (gasoline) have been used. Horse and mule driven trams do still occur.Tramways are now included in the wider term "light rail", which also includes segregated systems. Some systems have both segregated and street-running sections, but are usually then referred to as trams, because it is the equipment for street-running which tends to be the decisive factor. Vehicles on wholly segregated light rail systems are generally called trains, although cases have been known of "trains" built for a segregated system being sold to new owners and becoming "trams". 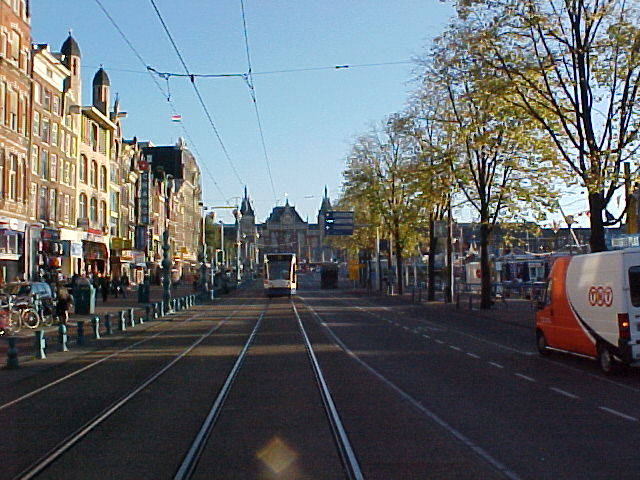