The Space Shuttle is a reusable launch system and orbital spacecraft operated by the U.S. (NASA) for human spaceflight missions.

The Space Shuttle is a reusable launch system and orbital spacecraft operated by the U.S. National Aeronautics and Space Administration (NASA) for human spaceflight missions. The system combines rocket launch, orbital spacecraft, and re-entry spaceplane with modular add-ons. The first of four orbital test flights occurred in 1981 leading to operational flights beginning in 1982, all launched from the Kennedy Space Center, Florida. The system is scheduled to be retired from service in 2011 after 135 launches. Major missions have included launching numerous satellites and interplanetary probes, conducting space science experiments, and servicing and construction of space stations. Five space-worthy orbiters were built—two have been destroyed and one has been retired, leaving two currently in service.It has been used for orbital space missions by NASA, the U.S. Department of Defense, the European Space Agency, Japan, and Germany. The United States funded STS development and shuttle operations except for Spacelab D1 and D2 — sponsored by West Germany and reunified Germany respectively. In addition, SL-J was partially funded by Japan.At launch, the Space Shuttle consists of the shuttle stack, which includes a dark orange-colored external tank (ET); two white, slender Solid Rocket Boosters (SRBs); and the Orbiter Vehicle (OV), which contains the crew and payload. Payloads can be launched into higher orbits with either of two different booster stages developed for the STS (single-stage Payload Assist Module or two-stage Inertial Upper Stage). The Space Shuttle is stacked in the Vehicle Assembly Building and the stack mounted on a mobile launch platform held down by four explosive bolts on each SRB which are detonated at launch.The shuttle stack launches vertically like a conventional rocket. It lifts off under the power of its two SRBs and three main engines, which are fueled by liquid hydrogen and liquid oxygen from the external tank. The Space Shuttle has a two-stage ascent. The SRBs provide additional thrust during liftoff and first-stage flight. About two minutes after liftoff, explosive bolts are fired, releasing the SRBs, which then parachute into the ocean, to be retrieved by ships for refurbishment and reuse. The shuttle orbiter and external tank continue to ascend on an increasingly horizontal flight path under power from its main engines. Upon reaching 17,500 mph (7.8 km/s), necessary for low Earth orbit, the main engines are shut down. The external tank is then jettisoned to burn up in the atmosphere. It is, however, possible for the external tank to be re-used in orbit. After jettisoning the external tank, the orbital maneuvering system (OMS) engines may be used to adjust the orbit.The orbiter carries astronauts and payload such as satellites or space station parts into low earth orbit, into the Earth's upper atmosphere or thermosphere. Usually, five to seven crew members ride in the orbiter. Two crew members, the commander and pilot, are sufficient for a minimal flight, as in the first four "test" flights, STS-1 through STS-4. A typical payload capacity is about 22,700 kilograms (50,000 lb), but can be raised depending on the choice of launch configuration. The orbiter carries the payload in a large cargo bay with doors that open along the length of its top, a feature which makes the Space Shuttle unique among present spacecraft. This feature made possible the deployment of large satellites such as the Hubble Space Telescope, and also the capture and return of large payloads back to Earth.When the orbiter's space mission is complete, it fires its OMS thrusters to drop out of orbit and re-enter the lower atmosphere. During descent, the orbiter passes through different layers of the atmosphere and decelerates from hypersonic speed primarily by aerobraking. In the lower atmosphere and landing phase, it is more like a glider but with reaction control system (RCS) thrusters and fly-by wire-controlled hydraulically-actuated flight surfaces controlling its descent. It then makes a landing on a long runway as a spaceplane. The aerodynamic shape is a compromise between the demands of radically different speeds and air pressures during re-entry, hypersonic flight, and subsonic atmospheric flight. As a result, the orbiter has a relatively high sink rate at low altitudes, and it transitions during re-entry from using RCS thrusters at very high altitudes to flight surfaces in the lower atmosphere. 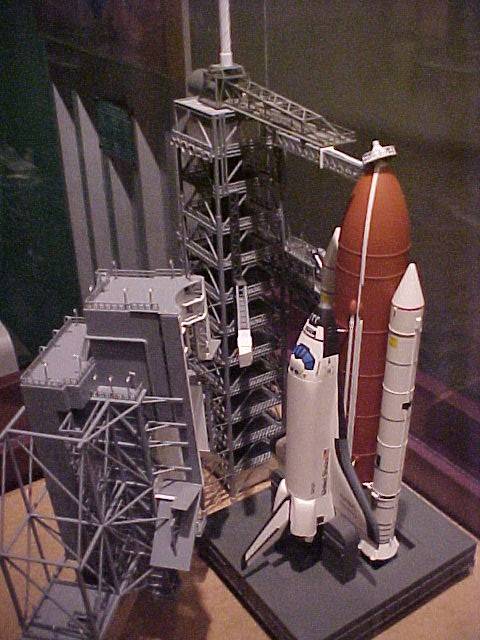 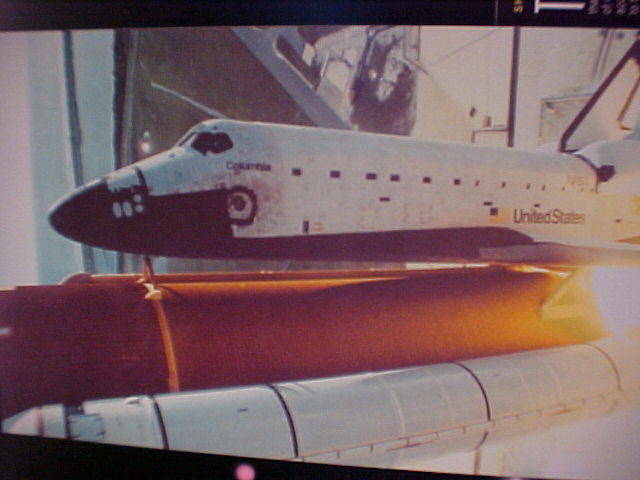