A rapid transit is an electric passenger railway in an urban area with a high capacity and frequency, and grade separation from other traffic

A rapid transit, underground, subway, elevated railway, metro or metropolitan railway system is an electric passenger railway in an urban area with a high capacity and frequency, and grade separation from other traffic. Rapid transit systems are typically located either in underground tunnels or on elevated rails above street level. Outside urban centers, rapid transit lines may run on grade separated ground level tracks.Service on rapid transit systems is provided on designated lines between stations using electric multiple units on rail tracks, although some systems use guided rubber tyres, magnetic levitation, or monorail. They are typically integrated with other public transport and often operated by the same public transport authorities. Rapid transit is faster and has a higher capacity than trams or light rail, but is not as fast or as far-reaching as commuter rail. It is unchallenged in its ability to transport large amounts of people quickly over short distances with little land use. Variations of rapid transit include people movers, small-scale light metro and the commuter rail hybrid S-Bahn.The first rapid transit system was the London Underground, which opened in 1863. The technology quickly spread to other cities in Europe, and then to the United States where a number of elevated systems were built. At first these systems used steam locomotives, with the term later coming to entirely mean electric systems. Since then the largest growth has been in Asia and with driverless systems. More than 160 cities have rapid transit systems, totaling more than 8,000 km (4,900 miles) of track and 7,000 stations. Twenty-five cities have new systems under construction.The biggest metro system in the world by length of routes and number of stations is the New York Subway, however by length of lines the largest are the London Underground and Shanghai Metro. The busiest metro systems in the world by daily and annual ridership are the Tokyo Metro and Moscow Metro. 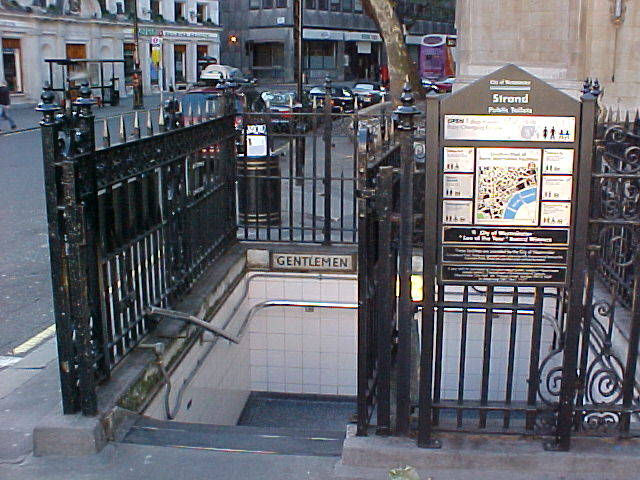