A metro station is a railway station for a rapid transit system, often known by names such as "metro and "subway".

A metro station or subway station is a railway station for a rapid transit system, often known by names such as "metro", "underground" and "subway". It is often underground or elevated. At crossings of metro lines, they are multi-level.

In some cases metro stations are connected to important buildings by a direct enclosed hallway (see underground city).

Some metro systems, such as those of Montreal, Stockholm, Prague and Moscow, are famous for the beautiful architecture and public art. The Paris Métro is famous for its art nouveau station entrances; while the Athens Metro is known for its display of archeological relics found during construction.Metro stations, more so than railway and bus stations, often have a characteristic artistic design that can identify each stop. Some have sculptures or frescoes. For example, London's Baker Street station is adorned with tiles depicting Sherlock Holmes. The tunnel for Paris' Concorde station is decorated with tiles spelling the Déclaration des Droits de l'Homme et du Citoyen. Every metro station in Valencia, Spain has a different sculpture on the ticket-hall level. Alameda station is decorated with fragments of white tile, like the dominant style of the Ciutat de les Arts i les Ciències.

Each station of the Red Line and Purple Line subway in Los Angeles was built with different artwork and decorating schemes, such as murals, tile artwork and sculptural benches. This is not always the case, however, Sir Norman Foster's new system in Bilbao, Spain uses the same modern architecture at every station to make navigation easier for the passenger, though some may argue that this is at the expense of character.

In some stations, especially where trains are fully automated, the entire platform is screened from the track by a wall, typically of glass, with automatic platform-edge doors (PEDs). These open, like elevator doors, only when a train is stopped, and thus eliminate the hazard that a passenger will accidentally fall (or deliberately jump) onto the tracks and be run over or electrocuted.

Control over ventilation of the platform is also improved, allowing it to be heated or cooled without having to do the same for the tunnels. The doors add cost and complexity to the system, and trains may have to approach the station more slowly so they can stop in accurate alignment with them.The largest metro station in the world is the Paris Métro-RER station Châtelet-Les Halles in France.The tallest metro station in the world is Brooklyn's Smith-9th Street Station of the New York City Subway in the United States. 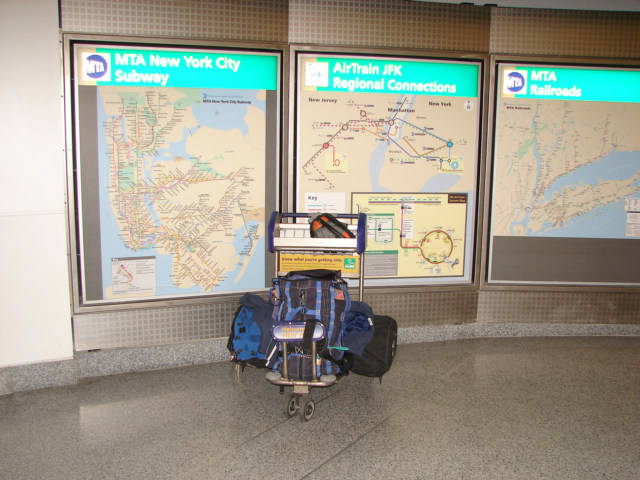