A locomotive is a railway vehicle that provides the motive power for a train.

A locomotive is a railway vehicle that provides the motive power for a train. The word originates from the Latin loco – "from a place", ablative of locus, "place" + Medieval Latin motivus, "causing motion", and is a shortened form of the term locomotive engine, first used in the early 19th century to distinguish between mobile and stationary steam engines.

A locomotive has no payload capacity of its own, and its sole purpose is to move the train along the tracks. In contrast, some trains have self-propelled payload-carrying vehicles. These are not normally considered locomotives, and may be referred to as multiple units, motor coaches or railcars. The use of these self-propelled vehicles is increasingly common for passenger trains, but rare for freight (see CargoSprinter). Vehicles which provide motive power to haul an unpowered train, but are not generally considered locomotives because they have payload space or are rarely detached from their trains, are known as power cars.

Traditionally, locomotives pull trains from the front. Increasingly common is push-pull operation, where a locomotive pulls the train in one direction and pushes it in the other, and can be controlled from a control cab at the other end of the train. 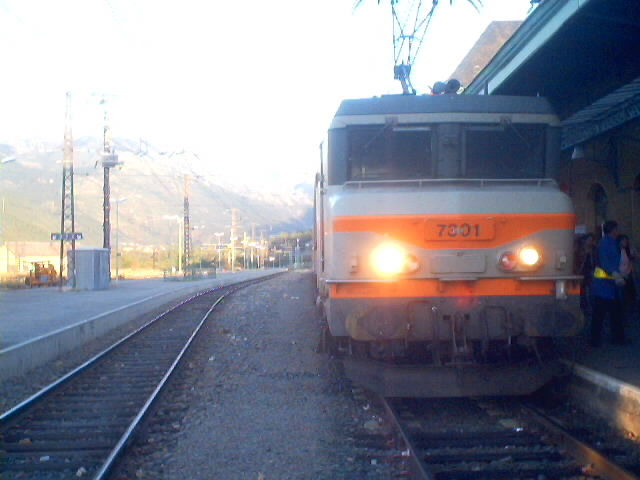