The chariot is the earliest and simplest type of horse carriage, used in both peace and war as the chief vehicle of many ancient peoples.

The chariot is the earliest and simplest type of horse carriage, used in both peace and war as the chief vehicle of many ancient peoples. Ox carts, proto-chariots, were built by the Proto-Indo-Europeans and also built in Mesopotamia as early as 3000 BC. The original horse chariot was a fast, light, open, two- or four-wheeled conveyance drawn by two or more horses hitched side by side. The car was little else than a floor with a waist-high semicircular guard in front. The chariot, driven by a charioteer, was used for ancient warfare during the Bronze and Iron Ages, armor being provided by shields. The vehicle continued to be used for travel, processions and in games and races after it had been superseded for military purposes.The word "chariot" comes from Latin carrus, which itself was a loan from Gaulish. A chariot of war or of triumph was called a car. In ancient Rome and other ancient Mediterranean countries a biga was a two-horse chariot, a triga used three horses and a quadriga was drawn by four horses abreast. Obsolete terms for chariot include chair, charet and wain.

The critical invention that allowed the construction of light, horse-drawn chariots for use in battle was the spoked wheel. The earliest spoke-wheeled chariots date to ca. 2000 BC and their usage peaked around 1300 BC (see Battle of Kadesh). Chariots ceased to have military importance in the 4th century BC, but chariot races continued to be popular in Constantinople until the 6th century. 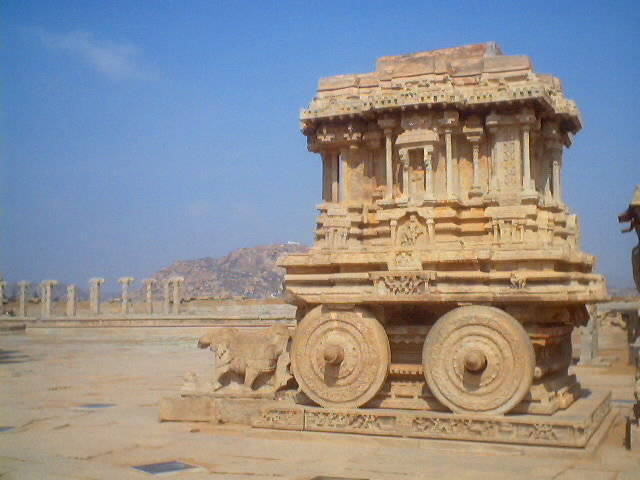