Air traffic control (ATC) is a service provided by ground-based controllers who direct aircraft on the ground and in the air.

Air traffic control (ATC) is a service provided by ground-based controllers who direct aircraft on the ground and in the air. The primary purpose of ATC systems worldwide is to separate aircraft to prevent collisions, to organize and expedite the flow of traffic, and to provide information and other support for pilots when able. In some countries, ATC may also play a security or defense role (as in the United States), or be run entirely by the military (as in Brazil).

Preventing collisions is referred to as separation, which is a term used to prevent aircraft from coming too close to each other by use of lateral, vertical and longitudinal separation minima; many aircraft now have collision avoidance systems installed to act as a backup to ATC observation and instructions. In addition to its primary function, the ATC can provide additional services such as providing information to pilots, weather and navigation information and NOTAMs (NOtices To AirMen).

In many countries, ATC services are provided throughout the majority of airspace, and its services are available to all users (private, military, and commercial). When controllers are responsible for separating some or all aircraft, such airspace is called "controlled airspace" in contrast to "uncontrolled airspace" where aircraft may fly without the use of the air traffic control system. Depending on the type of flight and the class of airspace, ATC may issue instructions that pilots are required to follow, or merely flight information (in some countries known as advisories) to assist pilots operating in the airspace. In all cases, however, the pilot in command has final responsibility for the safety of the flight, and may deviate from ATC instructions in an emergency. 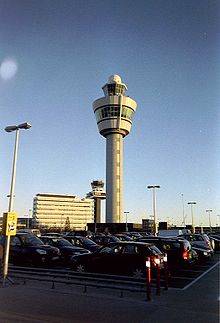