Extreme Poverty is Extreme Filth Not Lack of Money

When personal hygiene becomes impossible because of failure of infrastructure or human density you have true poverty.

There is an almost insane and illogical assumption that all people must want, need, and buy a Television or they are poor. The majority of the planet does not have consumer items like a Fridge or Microwave, and do not consider this a social norm. They are not poor, they do are not compulsively competing to buy consumer items.

The number of countries on the planet considered developed are less than 20 percent of the world population. It would be more appropriate to say they are over-developed, while the rest of the planet is normal.

However, true misery can only be achieved when the population density overwhelms the local infrastructure and people are not able to bath or maintain proper personal hygiene without extreme measures.

The sign of extreme poverty is when you see normal people showering in the streets, or sleeping. One must take care to not label alcoholic behavior as poverty, this is a different social problem. 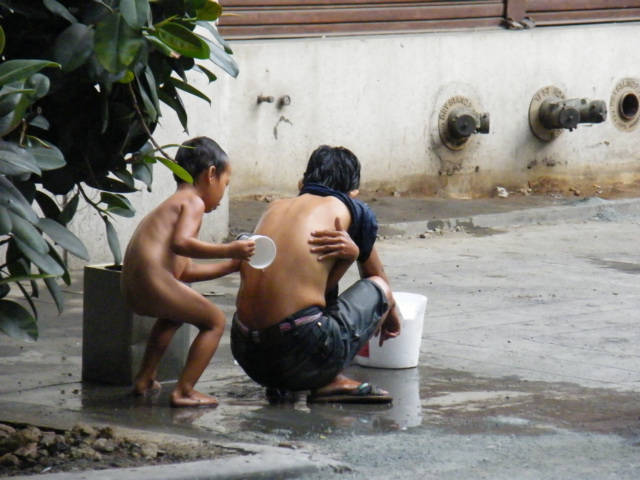 Hand Sanitizers are Bad for Your Health Just Say No

How To Carry Shaving Foam In Your Bag