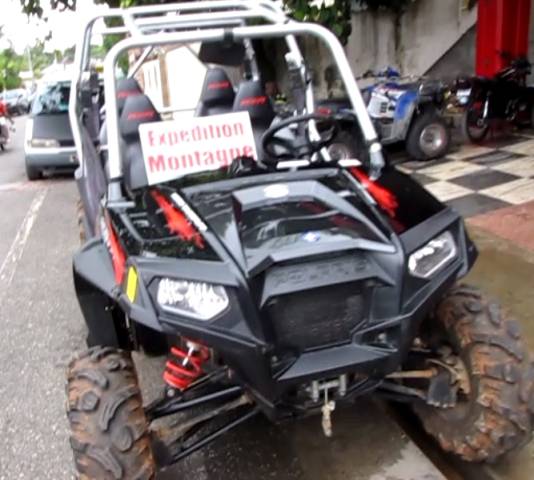 This video explains the simple solution to mud, sand, and other off road problems when doing an overland Africa road trip.

Overland Africa normally is referring to traveler who purchase SUV, or 4-wheel drive vehicles and travel by land from Europe to South Africa, with the greatest number giving up around Senegal. Then the next group around Togo or Nigeria and lastly around Angola.

Some of the longest and more traditional overland routes are in Africa. The Cairo to Cape Town and v.v. route covers more than 10,000 km (6,200 miles) and currently usually follows the Nile River through Egypt and Sudan, continuing to Kenya, Tanzania, Malawi, Zimbabwe, Botswana and Namibia along the way. In 1959 the pioneering American trailer manufacturer Wally Byam and a caravan of trailers travelled the route from Cape Town to Cairo,via Rhodesia (now Zimbabwe and Zambia), Belgian Congo (now Democratic Republic of Congo), Uganda and north from Kenya.

From the mid 1980s, the non-operation of the Aswan to Wadi Halfa ferry between Egypt and Sudan as well instability in Sudan, northern Uganda and Ethiopia, made the journey impossible. In recent years however, the Cape to Cairo and Cairo to Cape Town route has again become possible and increasingly popular both with commercial overland trucks carrying groups of 20 or so paying passengers as well as independent travellers on motorcycles or with four-wheel-drive vehicles.

The traditional Trans Africa route is from London to Nairobi, Kenya and Cape Town, South Africa.The route started in the 1970s and became very popular with small companies using old Bedford four wheel drive trucks carrying about 24 people each, plus lots of independents, normally run by groups of friends in 4x4 Land Rovers heading out of London from November to March every year. The usual route was from Morocco to Algeria with a Sahara desert crossing into Niger in West Africa, continuing to Nigeria. This was followed by a month long journey likened to Joseph Conrad’s “Heart of Darkness” through the forests of Zaire (now Democratic Republic of Congo), surfacing into the relatively modern world in Kenya via Uganda. From Kenya the last leg was south through Tanzania to either Zimbabwe or South Africa.

This route has changed dramatically due to border closures and political instability creating no-go zones. The route has reversed itself somewhat over the last few years, with trucks now crossing from the north to the south of Africa, closely following the west coast all the way from Morocco to Cape Town with the biggest change in the route being made possible by the opening of Angola to tourism. The journey then continues through Southern and East Africa from Cape Town to Nairobi and on to Cairo.

Africa Overland Road Trips In Africa, commercial overland travel began with the Trans Africa and Cape to Cairo described above. From the mid 1980s East and Southern Africa became more sought after by tourists and Nairobi to Cape Town is now the most travelled overland route in Africa. As more tourists look for adventure trips that fit in to their annual holiday, shorter sections of overland routes have become available such as two to three week round trip from Nairobi taking in Kenya and Uganda.

Istanbul to Cairo, via Syria and Jordan, is a classic overland route.It is a route that has been travelled for centuries, particularly during the Ottoman empire. Historically it overlapped with the Hajj, with many people covering all or part of the route as part of their pilgrimage to Mecca. Backpackers discovered it in the 1970s and 1980s, with hippies searching for spiritual peace who departed to Jerusalem from Istanbul instead of going to India via Iran, Afghanistan and Pakistan. After the peace treaty between Egypt and Israel, onward travel from Jerusalem to Cairo became a possibility. It is now well travelled by backpackers and overland companies alike although the amount of travellers journeying the route can be affected by any unrest in neighbouring countries.