Learning a language takes a long time, it is commitment, it is wise to be careful and choose a language that is useful to know. 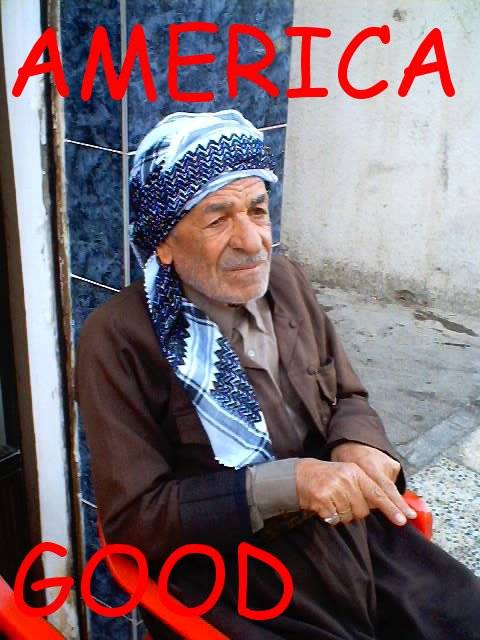 Which language is most important for native English speaking American to learn?

I talked with the man above in Arbil, Iraq for maybe 15 minutes, I do not speak Arabic, and he does not speak English, however we communicated well together.

There are many reasons to learn a language, my name is Andy Graham, and my native language is English. I have learned both Spanish and French, and speak both very close to fluent. I have invested years of my life to learning to communicate in other languages. There are many direct and indirect reasons to learn languages and only now after years of learning do I fully understand why I learned these languages.

Why learn a foreign language?

1. By learning the grammar of a foreign language, you can learn the grammar of your own native language. This makes me a better writer as I can see when a part of the sentence is missing.

2. Words in English often are adaptations or are taken from other languages, I can guess what a word means, because I know a similar word in a Spanish or French. This is especially value the larger the word, or if I want to understand subtle meanings.

Example: The word resentment is related to the word sentir in French, which means to feel, therefore a resentment is to re-feel something.

3. To talk with people who speak the language.

Strangely, I do not need to Speak Spanish or French to Live Abroad

There is almost no reason to learn a language to live abroad. I can travel in any country by only knowing maybe 20-30 words, and truly I do not need them, but they do come in handy.

Example: "How much money?"

Why learn a language? To understand how people feel or think.

I believe if you want to understand a culture, to learn how they feel and think, to know what motivates them, then you need to learn a language. If you wanted to sell products to Latin America, then you will do better if you can think in the same language. I can think in Spanish or French, I can think in more disorganized and less specific language.

However, what is the new language I want to learn.

First of all, German is about the least needed language on the planet, if I learn another big normal language, is would probably be Chinese, or Russian, but Arabic would be extremely helpful.

I am going to learn Body Language.

Why, I discovered that up to 93 percent of all communication is non-verbal, or body language. What this mean to me is this, how can I even begin to communicate in another language until I first have the body language in tune with the person.

And, body language is often spoke the same by the majority of cultures, the person who speaks good body language knows a universal language.