First we need to learn how to pronounce the Spanish letters, then you will then be able to sound out words and pronounce them correctly.

Spanish spelling has the pleasant characteristic of being very phonetic, with only a few clearly-defined exceptions. This means that if you know how to pronounce the letters of a word, it's relatively easy to sound out the word itself.

The vowels in Spanish are short crisp sounds. They are not dragged out like the English vowels. Many make the mistake to make the 'e' as "ay" and there is no such sound in the Spanish 'e'. So its and not .

ll  like 'y' in "year"; pronounced like a Zh as in 'Zhivago' only in Argentina, Uruguay, and Paraguay: llamar. In at least some parts of Costa Rica, pronounced as the English "j" or "g," as in the words "ginger" or "ninja." Also pronounced like 'ly' as in the English word "million" in northern Spain and in the Philippines.

r, rr  Spanish has two 'r' sounds both of which are different from their counterpart in English. Some effort should be made to approximate each of them, to help listeners distinguish between perro ("dog") and pero("but")... or perhaps to understand you at all:

s  like 's' in "son": sopa; in Spain, it is often pronounced like a soft, palatised "sh" at the end of a word or syllable.
t like 't' in "top": tapa
v  like 'b' in "bed" (but no aspiration) at the beginning of a word and after 'm': vaca, pronounced BAH-kah. A soft vibration sound almost like English 'v' elsewhere. To distinguish v from b when spelling, one says "vay chica" or "bay grande" to indicate which; native Spanish speakers may not hear the difference between "vee" and "bee". But some Spanish speaking countries do say the 'v' as in "vine" with the teeth on the lower lip.
w  like 'w' in "weight" in English words, whisky, pronounced "WEESS-kee"). Like 'b' in "bed" in Germanic words.
x  like 'x' in "flexible" (flexible). Like 'ss' in "hiss" at beginning of a word (xilófono). Like a throaty 'h' in the words México, mexicano, Oaxaca, and oaxaqueño.
y  like 'y' in "yes": payaso. Like 'y' in "boy": hoy. Pronounced like a Zh ONLY in Argentina, Uruguay, and Paraguay as in 'Zhivago', : yo no se, pronounced "zhoh noh seh".
z like 's' in "supper" (Latin America), like 'th' in "thin" (Spain): zorro. See c above.

Most diphthongs can be approximated by blending the first vowel into the second in a single syllable.

Word stress can affect the meaning of the word and generally follows these rules:

An accent can also be used to differentiate between words that are pronounced the same but have different meanings: 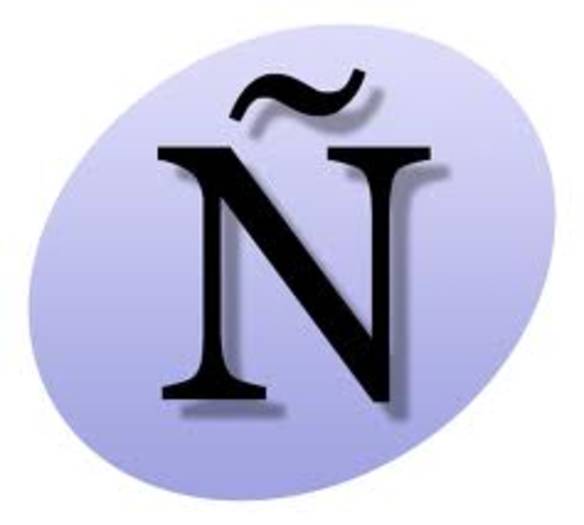