I would like to nominate the Dominican Republic as having the worst form of spoken Spanish on planet earth, it really is a separate language. 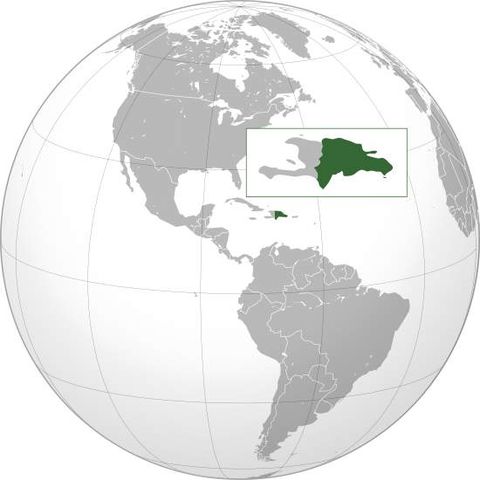 "How good is my Spanish?

I Know Eight Ways to Say Popcorn in Spanish:
1. Palamitas in Mexico
2. Poporopo in Guatemala
3. Popcorn in Panama and Peru
4. Pochoclos in Argentina
5. Canguil in Ecuador
6. Pipoca in Venezuela
7. Crespitas in Colombia
8. Maiz de pira from somewhere.

My awareness of Spanish is 100 percent fluent, however my ability to speak, read, and write Spanish is on a good day poor. I am better than 90 percent of the people around me, but still one "Natural" makes me look bad.

Beware the Natural Language Learner when Learning a Language

Generally, most people who are very fluent in a foreign language never studied. The are 100 percent annoying, they have the ability to learn as child, and if you are going to tell me children study when they are learning a language, then well, you better go read somewhere also.

Beware of people who learn a language the same as a child, they want to teach Spanish, they want to excel, they want to show off, they want to act as if they know Spanish. What they have is the innte ability to remove the brain problem 95 percent of us have, they can  learn as a child, somehow their brain is not in the way, and languages come easy to them. If a person speak 5-7 language, it is almost a sure bet they are a natural.

5 percent of people learn a foreign language like a child, the really do nothing, they are just around the language and the next thing you see, they are talking the language.

90 percent of people who study language, speak the hello, goodbyes, and learn a cobbled forms of the language, but never learn because they refuse to study.

5 percent study, that means, they study one word until by rote memory, they drill word into their brain. For example, the write down the word 20 times.

The repeat words until their brain refuses to forget, this is me, I have done this and now have a vocabulary of about 3000-6000 words in Spanish, not truly a great amount for fluency. (Recall and recognize...?)

By the way, you truly do not need to learn all the tenses, they are truly not needed and only should be learned after two years.

OK, so I have been trying to explain my awareness of Spanish, there is nothing more enlightening about the pedagogy of learning a language. It is truly an accomplishment to learn something that does not come easy. I am a genius at computers, math, or anything mechanical, I can learn it while watching TV, and having a conversation.

I am 85 percent Fluent in Spanish and French, and do not expect to get better, I have hit the wall. It was like when I pole vaulted in High School, I had the coordination, but I could not increase my sprinting speed radically.

The only reason to learn Spanish here, is to live here, and never leave, to learn here would be to be mocked in other countries. Same with the rolling of your R's in Mexico, it is not a common thing and really should not be taught.

Example of words in Spanish, spoken in the DR, the slang here is 1/5 the language.

Ma or Meno - Mas or Menos

They eat the S, it is almost not used.

I am not sure what happened with the family names here, I believe they combined them with African slave names, and came up with a new words, and brought them into the language. 90 percent of the people in the DR appear to be Mulatto, a mix of black and Spanish, so the African language is here, and will always be here, this culture is Spanish overlaying African. While most countries in Central and South America is Spanish overlaying a tribal local indigenous language.

The Dominican Republic is more African than Spanish,

The African languagess here were scrambled, the diaspora that is here came as one of the worst melting pots possible for a language. You go to East Africa, grab some blacks who speak an incredible amount of tribal languages, mix them up with Spanish slave masters, have sex, do the nasty, and you are in the Dominican Republic.

Fun stuff, and really, I do not want you to learn Spanish, I want you to learn Body Language the language of Intimacy, understanding without words. (Empathy on steroids.) I am a natural at these two language, but the spoken word evades me, as does grammar. I will never be good at grammar, I will pay for this skill, although I am natural write in tone and style...

Well, keep it up, the more questions, and you will slowly learn some general, universal truths.

Here are two for sure, do not send you child to either the Dominican Republic or Barcelona to study Spanish. The DR speaks some African mix, and Barcelona speaks Catalan, they locals do not even Speak Spanish.