Food poisoning is truly dangerous, here is a cure that anyone can do, anywhere on the planet. Mumbai Mike is an normal born American living in India.

Andy, I thought I would share something with you as I think you will - understand it- or something, or make the world a safer place, at least your own. 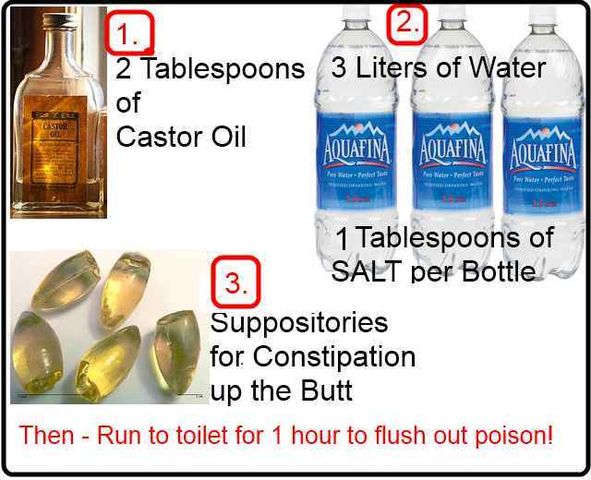 Anyway, this happened to me.

I think I ate some old food, then went to sleep.was supposed to be a theater performance in 4 hours. had to go, no way to miss it - after a few hours I woke up sweating, cramps, i thought i might be dying, fever was high, really high , weak, really weak. thought I was gonna die, I thought about it - couldn't get up anyway, and I figured out it was probably food poisoning.

I had gone over how to treat food poisoning earlier with a nurse, here it is - what to do, what I did - and the aftermath.

3. And then drank 2 liters of salt water prepared the way of the lemon juice fast- Stanley Burroughs.

This salt water concoction is supposed to be the same PH as your blood and will not be held by your kidneys, will wash right out within 45 minutes if made right (And if you are not constipated- ie take the laxatives!)

What happened?
So- i waited 30 minutes and was really feeling like I was gonna die-seriously- the bacteria that is made by food poisoning is strong stuff! And so - no poop [email protected] I was getting tired of waiting, so I drank another quart of water- its basically a quart of water with a spoon of salt, adjust it on the next quart if it doesn't work within an hour."I drink it in one go- chug a lug."

So finally - action- sit on toilet for 45 minutes.
Go back to bed with intestines totally cleaned out.

Totally cleaned out intestines - no more [email protected] it was over! well i was really amazed to say the least, I thought I was gonna be floored- out of action- for at least a day.

The happy ending? I was laying in bed and after 30 minutes I asked myself, what am I doing, I feel great! So I got up and went to the theater performance and had a good time.

So- i read about you worried about food poisoning, if you are close to some salt and remember a spoon full to a liter ( or quart)- you can save yourself with 2 or 3 liters of salt water flush- It can save your life.

I have had to do this 2 times in my life, once after eating some bad jam, same feeling like I was gonna die, sudden and intense fever, muscle pain etc. salt water flush with whatever laxatives you can get your hands on and an hour later you are OK. If 3 liters of salt water rushing thru doesnt do the job, use 2 more liters.

Meat eaters might need more laxatives before the flush as they tend to be more constipated on a daily basis.

People die from food poisoning, so simple:
"Clean out your intestines as soon as you get those symptoms."

if you do end up going to the hospital, they will  do a stomach lavage,  maybe start you on antio-bios, and maybe do an enema.Maybe either have you vomit more, or stop the vomiting.
the full intestinal wash is the only thing that will cure you - completely wash it out-  also if u wait to go to hospi u can die in the emergency room or on the way there.
u will waste at least an hour.
then- they will probably start an iv drip=- that needle in the arm in a foreign land can kill u too,
it gets infected with mrsa - finito!
the thing is - hospital does stomach lavage-  the poison and bad food is already past the stomach, its in the intestines, it hardly does any good at all what the hospi does
u will be in there for 3 days! ( they makin money )
some docs treat the effects of food poisoning- they STOP the diahrea, they STOP the vomiting=- ask yourself, does that make sense? you got  some bad stuff inside of you, they wanna keep it in--

it is probalby best for all people to go see a doctor after they take care of it though ( after a full intestinal flush) to make sure there is no parasite or virus problem
http://www.emedicinehealth.com/food_poisoning/page10_em.htm
because you ate corn in a dented can , it was prolly botulism-
http://www.emedicinehealth.com/botulism-health/article_em.htm
this is what it says here: ( typ doc treatment)_ Your doctor may try to remove contaminated food in the digestive tract by inducing vomiting or by using enemas.
vomiting and enema dont clean the whole intestines-  a salt water flush WILL clean the WHOLE intestinal tract. nothing left in there, no problems.

Editor Note: I am Andy Graham, traveler for over 15 years, I am quite sure I had food poisoing in Niger Africa, after eating a can of corn that was dented, and old. I was alone, sick, delusional for days, about a week. It was dangerous, on hindsight, I could have died alone in a room in Niamey, Niger. There was tingling pain in my legs for months afterwards.

Take the cure, worry about the diagnose later!

Doctors can kill you!. Please, most of the time taking a cure can save your life, and by the time you find a Doctor in French Africa, diagnose the problem, you are almost dead. If you think you have Malaria, maybe you take the malaria cure, if you think it is food poisoning, maybe 3 quarts of water with 2 tablespoons of salt and a laxative is the quick solution.

Mumbai Mike is a natural American, born in the USA, and married to an India women, this man is clever, sharp, and knows some great solutions that bypass all the idiot talk-too-much solutions of regular American. I say this, because this is a normal Joe Blow from the USA, who I trust, and not some wanna be clever India boy, he is a smart man.

Again, Thank you Mike, a.k.a. by me something else! 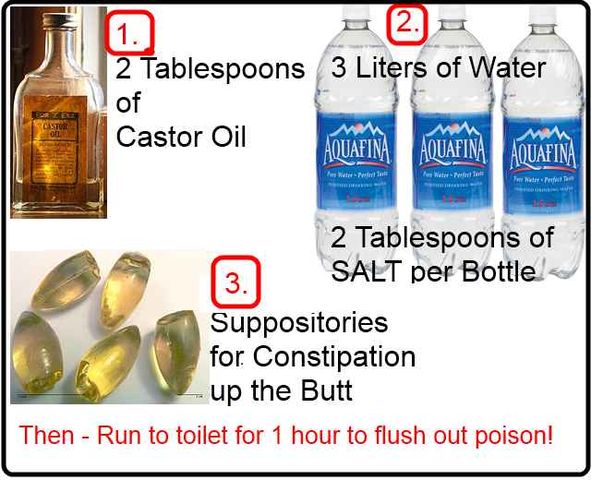