Many older adults are stuck at age 18, they have not changed, or adapted their belief systems, and are still emotionally 18 years old. 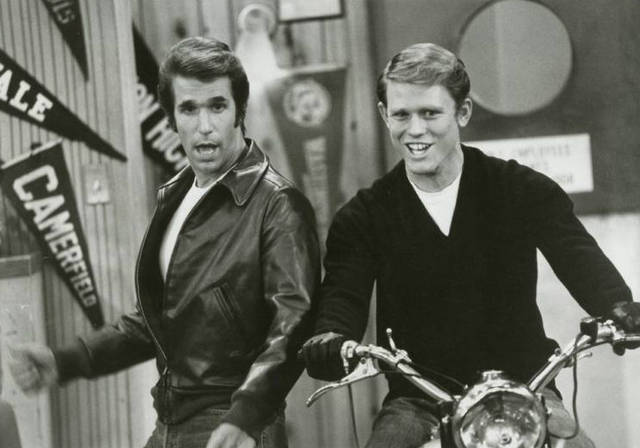 Are you friends still dressing the same? Do they want a motorcycle? Take a long look at this photo and think, maybe they never grew up...

People believe they have changed, they got married, had children, had a career, and then finally got divorced. Adapting, accepting and agreeing to change is 100 percent necessary to a healthy happy life.

Here are 10 ides to think about, to see if your friends have refused to change since High School. Often we adopt a belief system in High School and, never stop and ask if it is good or bad, and we refuse to accept the world changes.

Many are based on anger, a sort of toxic rage, that live in the soul of a person all through their life, unless they forgive and move on.


1. They listen the same songs as the year they graduated from High School.

2. They wear the same clothing styles.

3. You mention one of their old enemies from High School, and they go into a rant, just the same as in High School.

4. They are angry because their parents made them go to Church, even though they have not gone for 30 years.

5. The friend is still anticipating going out drinking on Friday night.

7. The boss is still a bad guy, the same as the principal, the police, are any voice of authority.

8. Listen to their slang, they are using slang from 20-40 years ago, without even slowing down.

9. Your friend buys a new car every two years.

10. Try to figure out the popular social issues of the age they graduated from High School. Then see if the person become angry when reminiscing that time period.

Example: I am age 56, I received a draft card for the Military, but was able to avoid the Vietnam war that was just ending. However, sometimes when I am talking to people my age, the subject of the war and the protesting comes up, I think of it with a kick, the songs, the excitement, and the sadness.

It was not until I was in the country of Vietnam, did I finally learn what the war was about --- I felt stupid, here I was protesting something I had no understanding of until age 48, but at age 18, I knew everything.

Well, listen closely, has the person moved on, forgot?

Only listen to divorce stories for kicks?

"Kicks?" Is that slang from what year?