Abissa In Grand Bassam Cote d'Ivoire is a dance and drum festival for seven days by the NZima people celebrating telling others the years problems. 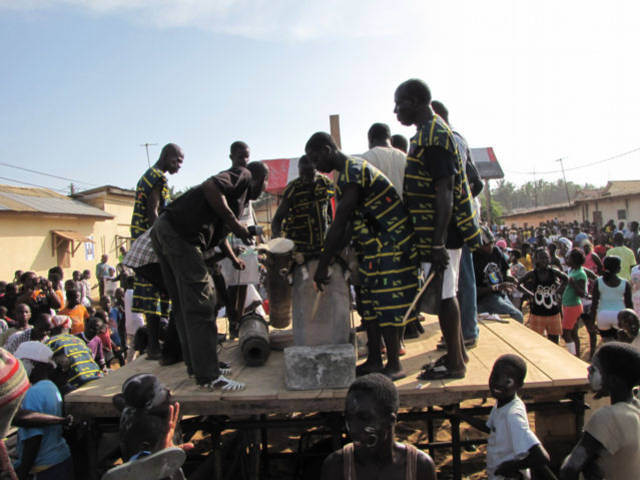 Who:
NZima people who speak the Nzema Language, The Nzema language, also known as Nzima or Appolo, is spoken by the Nzema people of southwestern Ghana and southeast Côte d'Ivoire. The Nzema are an Akan people numbering about 328,700 people of whom 262,000 live in southwestern Ghana and 66,700 live in the southeast of Côte d'Ivoire. Their language is also known as Nzima or Appolo.

The Nzema are mostly farmers. According to their traditional calendar, days are ordered in cycles of seven, and these in turn follow each other in a three-week cycle. A religious kundum festival is held annually all over the Ahanta-Nzema area, starting in the easternmost part of Ahanta and advancing southwestward. Among other things, this festival is the main occasion on which the satirical avudewene songs are performed by young men. Lineage among the Nzema is matrilineal.

When:
Last weeks of October

Why:
To review the past year, and possibly terminate or injustice, or to confess publicly in the context of an apology to his family and repentance. Celebration of a time to tell others of transgressions they did or the ones you did, by words or mime.

How:
There is a parade that starts at one end of the village where a group of men drumming lead the path around Bassam to the center. At the center of the village the people start to circle the drums as Abissa starts. Dancing around Drums, decorating faces with Kaolin. Many of the men dress like women and the women dress like men.

West African festivale
Major cultural and religious event
NZIMA people's NEW YEAR
"ABISSA" means "the Question"
Correpsonds to the two last weeks of the AKAN calendar
End of October
Long process of  rituals
Absolution from "NYAMIE" for the misdeeds for ending  year and blessing for the upcoming one.

During the Abissa, most of  the human activities stand by. No work, no wedding, no funerals, no baptisum...

The 14 days are fully dedicated to communicate with the ancestors, the community's advocates  to NYAMIE,

Every individuals has to repent publicly after the community may have pointed out his misdeeds for the elapsed year.

This accusation-repentance ritual is a highlight of the ABISSA where people disguised into their relatives and mimic their flaws and vanities.

This masquerade that turns the streets of BASSAM into a giant costume bal  stage,

is undoubtly the ancestor of the Carnivales celebrated by our cousins from the Caribbeans or from New Orleans.

The ABISSA is also the opportunity for the NZIMA community to honour its worthiest childrens,

those who have contributed to its pride during the finishing year.  They may be Artists, Scientists, Politicians, Business men or women.

Whatever, women being considered in AKAN culture like the mainstays of the society are celebrated during two days every year.

The procession of the 7 families founders of the NZIMA kingdom,

Ritual dance of the NKOMYAN (priestesses), the MPAE ritual (libation),

the AHENFIE (Royal court) procession and the public appearance of the King of the NZIMA KOTOKO  are among the highlights of the ABISSA.

But the most important event is the appearance, the last day of the Abissa at 5am, of  EDO GBOLE, the Great Talking Drum,

bearer of the Soul of NZIMA people.

And once he appears EDO GBOLE replies to the "ABISSA", the "Question",  which is:

Do the NZima people deserve to enter the NEW YEAR? If Edo Gbole answers yes, Bassam becomes Estatic.Typical Ivorian Barbecues, Beer, Concerts, Beach Bashes, this is another aspect of the ABISSA.


Women with Lantern on Head 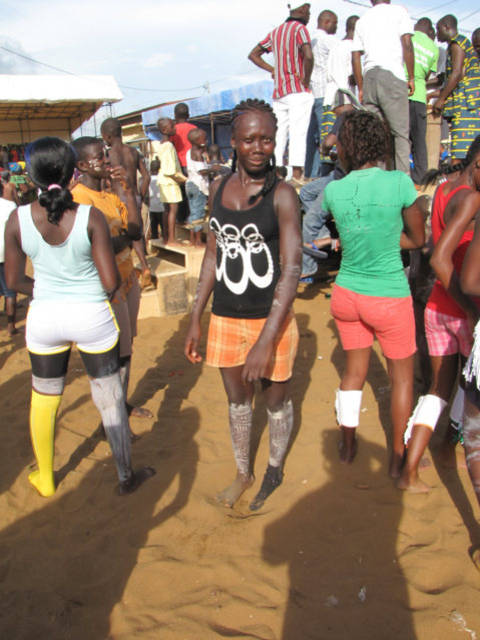 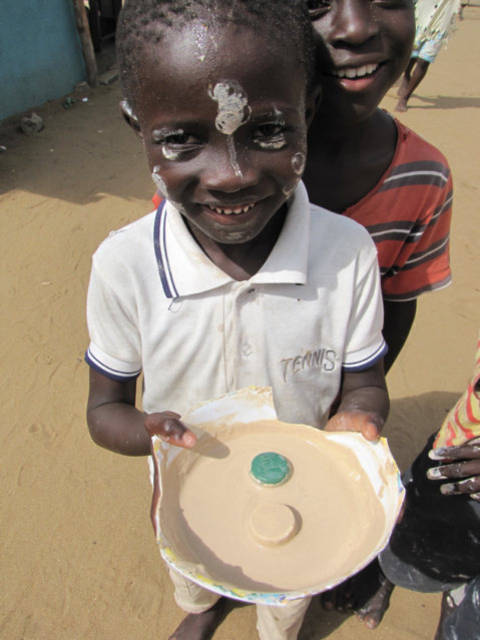 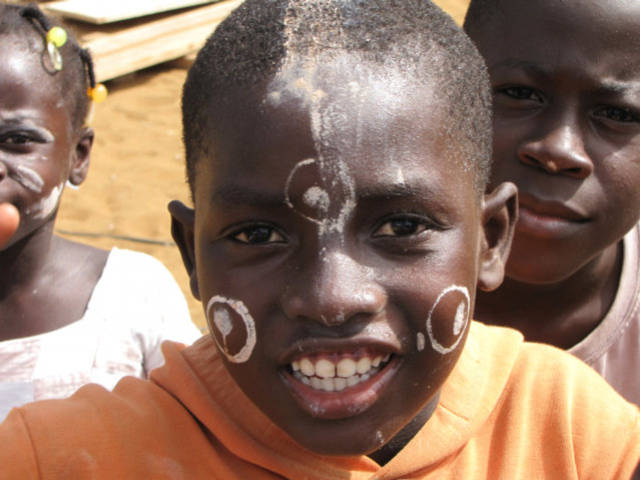