Education of people on the planet, the level of thought has went down to first degree, and second, third and grand master chess is rare.

There have been many centers of the planet, maybe Rome, then France, then England, then New York, then Los Angeles. The wannna be intellectuals needed to go and live in these locations, whereby they could associate with other wanna-be intelligent people.

In the last 10 years, maybe all the geese started to fly the wrong way, and it is hard to find intelligence. I am not sure, University Professors now want to tweet, and become superstars on Facebook, pop Science has taken over, and real scientist are in hiding. The History Channel produced a special Obama version of the History of Us, America. 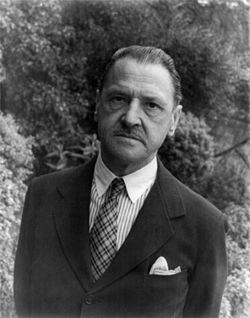 Intellectuals used to travel anywhere, and everywhere of interest, now they believe it must be of interest to Twitter and Facebook, or not of interest, quite an interesting world we live in.

When Marco Polo wrote of China, the Eastern cultures believed the Western ones to be barbarians, and the West reciprocated. Most cultures look at Africa as being the stupid child, Central and South America as nice places to visit, but not to be taken seriously. And, nobody is sure what to do with Russia, but sending men into space is hard to deny, or ignore.

Everyone is jealous of Israel, that is obvious, or should I clarify, Jewish.

Arabic cultures are good for goats, and point at ancient history, and it stand to reason, that Indian with a billion people should be able to spurt something out this old British Colony.

Presently, the world believes the smartest people on the planet learn and speak English, but for odd reasons French is the official language of the United Nations. If you want to impress me, start speaking fluent Arabic, or Russian. Chinese means to me, you want money, more of I want to talk with the factory language.

I see the word “Intellectual” as a chase word, you can prod at it, use it in a sentence, and intellectually I accept it means little. It is just my pompous, pretentious, preposterous desire to stop talking with stupid people.

If I look smart enough, rich enough, sometimes odd enough, the simple, stupid, and poor will leave me in peace. The sure fire sign of someone who wants intellectual superiority is the use or words. Generally instead of using the common layman’s words, the wanna-be use barrier words.

Pontificate, equivocate, creators of cognitive dissonance, and they never explain or define the words they know you do not understand. We can use words to keep the low esteemed people away, and try to be special.

Many wanna-be’s see turn to Buddhism, and label themselves as Buddhist, as if that alone separates them, somehow rising above. When this word is brought up, I look the other way, so my body language is hidden.

The sure fire way to be label an intellectual is to say,
“We have a think tank.”

Ok, I have rambled enough and twistingly provoked you to look at the word intellectual with different lighting. When the USA was founded, there were people like Thomas Jefferson; maybe there was the people who can read, and those who put their mark on the paper.

I am in Africa today, and this tells the world I am stupid, I am positive that if I was in Los Angeles, or Tokyo, or for the truly wanna be set, in Dubai, I would be considered smart.

I believe the “Developed Countries” are becoming inhabited by mental midgets, not realizing that in these days we live, to depend on human face to face communication, the need to hang around in coffee shops, clubs, conferences, or trade shows is a way of being an Intellectual in the times of Roman culture.

We can all be out seeing the world, and accept, just because we hangout with smart people, does not mean we are smart, it could mean the opposite. Going to places that everyone knows, is not curiosity, it is singing to the choir, it is cliché.

The Western Culture is on the slippery slope down, like a rich professor who stopped reading the journals after getting tenure, and writing a book.

I Believe Small Group Is Better Than Individual Tutoring

I Want To Bitch Slap School Teachers - Education Of People