I am addicted to coffee and have found an alternative form of Chai made with Ginger and Cinnamon that satisfies my need for coffee.

I am addicted to coffee, and find I crave coffee too often during the day. It is possible I want the caffeine, however, in a way it is the ritual or routine of sipping hot liquids. I have tried decaffeinated coffee, however without the rush of caffeine is just does not satisfy the feeling I crave.

My friend James here in Panajachel, Guatemala was describing the ingredients in Chai.

I asked from which country, because the word Chai is used in so many countries on the planet that I am amiss to say where it comes from, he said India as he was using the word Chai or Cha.

This is a rather long story, however there are 10 herbs or foods that are natural anti-inflamatory. I am searching for anything to stop the pain from a hip injury or sciatica that is causing me huge problems sleeping or sitting. Then if you read about Cinnamon, it also has many great benefits. This mixture of Ginger and Cinnamon is a healthy alternative to coffee. 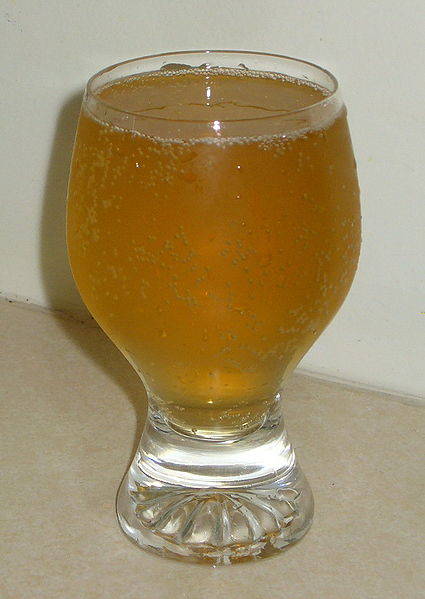 Mixture of Ginger and Cinnamon give you a coffee like buzz,  it is easy to purchase anywhere on the planet and light enough to carry in my backpack.

I am not going to work for hours to make a coffee drink alternative, this is just too much work for me and not easy to do as a world traveler. However, if I take cinnamon and ginger and mix together it creates a better tasting drink than either of them alone, and this drink has a warm feeling when drank either cold or hot.

Tea Masala Defined: A common Maharashtran, India practice for preparation of one cup of chai is to first combine one half cup of water with one half cup of milk in a pot over heat. Sugar may be added at this point or after. Ginger is then grated into the mixture followed by adding a "tea masala." Although the ingredients may vary from region to region, "tea masala" typically consists of cardamom powder, cinnamon powder, ground cloves, ginger powder, and pepper powder. The mixture is brought to a boil and 1 teaspoon of loose black tea is added. The chai is immediately taken off the heat, covered, and allowed to sit for approximately 10 minutes to allow the black tea to infuse into the chai. The chai is then strained and served.

Ginger Medical properties and research:  Ginger has been claimed to decrease the pain from arthritis, though studies have been inconsistent. It may also have blood thinning and cholesterol lowering properties that may make it useful for treating heart disease.

Advanced glycation end-products are possibly associated in the development of several pathophysiologies, including diabetic cataract for which ginger was effective in preliminary studies, apparently by acting through antiglycating mechanisms.

Ginger compounds are active against a form of diarrhea which is the leading cause of infant death in developing countries. Zingerone is likely to be the active constituent against enterotoxigenic Escherichia coli heat-labile enterotoxin-induced diarrhea.

Ginger has been found effective in multiple studies for treating nausea caused by seasickness, morning sickness and chemotherapy though ginger was not found superior over a placebo for pre-emptively treating post-operative nausea. Ginger is a safe remedy for nausea relief during pregnancy. Ginger as a remedy for motion sickness is still a debated issue. The television program Mythbusters performed an experiment using one of their staff who suffered from severe motion sickness. The staff member was placed in a moving device which, without treatment, produced severe nausea. Multiple treatments were administered. None, with the exception of the ginger and the two most common drugs, were successful. The staff member preferred the ginger due to lack of side effects. Several studies over the last 20 years were inconclusive with some studies in favor of the herb and some not. A common thread in these studies is the lack of sufficient participants to yield statistical significance. Another issue is the lack of a known chemical pathway for the supposed relief.

An oil known as eugenol that comes from the leaves of the cinnamon bush has been shown to have antiviral properties in vitro, specifically against both the HSV-1 and HSV-2 (Oral and Genital Herpes) viruses according to a study published in the journal, Phytotherapy Research.

A study conducted in 2007 and published in the Journal of Medicinal Chemistry suggests that specific plant terpenoids contained within cinnamon have potent antiviral properties.

Cinnamon bark, a component of the traditional Japanese medicine Mao-to, has been shown in a 2008 study published in the Journal of General Virology to have an antiviral therapeutic effect.

A 2011 study isolated a substance (CEppt) in the cinnamon plant which inhibits development of Alzheimer's in mice. CEppt, an extract of cinnamon bark, seems to treat a mouse model of Alzheimer's disease.