The Problem Is People in 3rd World Nations Cannot Be Trusted

There is a reason that 80 percent of the planet makes less than 20 dollars per day, but why, what problem do we need to solve, to help them live better? And, if we really help them, would them working all the time be a great idea?

The Problem is People in 3rd World Nations Cannot be Trusted

This is not true. 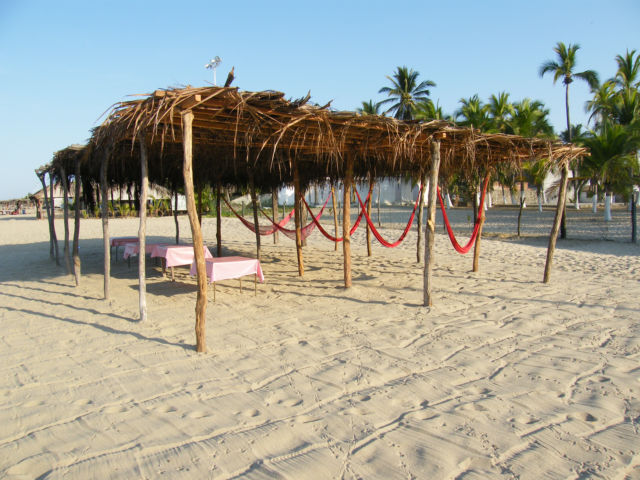 When I first started traveling, I was in Acapulco, and I met a fantastic Canadian man named Jack. Me, Jack, and Stan would sit around in the talking, our favorite saying was,

“Just another shitty day in paradise.”

Jack was an amazing man, he was construction boss for tunnels, and airports around the planet, he did “slip form concrete” tunnels. One of the “good funs” of travel, one meets amazing people who have had so much fun abroad, they do not want to return home. Jack was great, he purchased a condo in Acapulco in 1955 for 25 thousand dollars, and in 1998 when I met him, it was now worth 25 thousand dollars. Oops, we can blame it on Elvis Presley.

Well, Jack would come talk to “Gay Stan,” the owner of the Nirvana Hotel, they, we would drink, Jack would drink, and I would talk. It was hilarious, Jack and Stan were never stop beer drinkers, from sunup to sunset they drank beer. They had almost nothing in common, except beer, and the desire to do nothing all day, the same goal for me, Andy Lee Graham, do nothing, and talk about it. Expats talk about doing something, it is what they do.

Well, Jack’s Canadian wife took her POA - Power of Attorney and sold everything in Canada, she pocket-ed the cash, while he was working abroad. Jack now had a new Mexico City wife, who refused to live in Pie de la Cuesta, so he was alone on the beach, building a house, and he had a cleaning lady, “Nancy.”

“Andy, do not speak Spanish, and get a maid.”

And, as is the custom for expats, they pay the cleaning lady, and she provides sexual favors, as a way of avoiding work. It is a mutual “I take advantage of you, and you take advantage of me relationship” normal life. 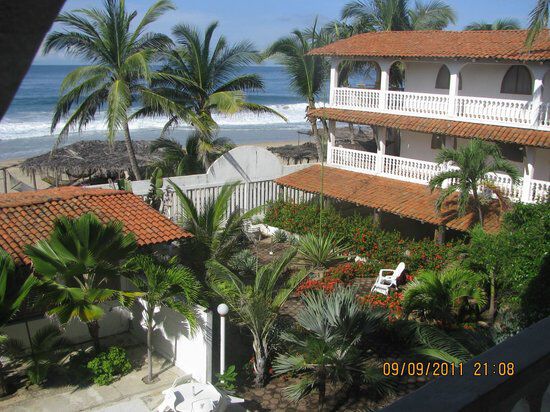 He often brought Nancy to the swimming pool, and I convinced Jack Stan, and Tommy, a Meican worker to build that building on the right. Why? I said,
“Jack, you may as well manage workers while you drink, you then have an excuse to come to the hotel to drink.”

Well Nancy, what about Nancy?

One Wednesday, I said,

Saturday came, and no Nancy.

The Second Time I Proposed Beer

Therefore, when Jack brought her on Wednesday, for the second time, I proposed the same.

And, as is the custom, she did not show up on Saturday.

The Third Time, I Propose Beer

She shows up on another Wednesday, and I said,

(I made sure, I said all of this in the exact same manner, exact.)

Ok, so Jack was smart, he came to me,

“Andy, if you do this the fourth time, you will be mean.”

“Jack, I want to see how many times, there is zero connection between what they say, and what they do.”

I was talking about Mexico.

In the USA, I will remind someone twice, then on the 3rd time the American will get very mad.

“I am reminding them, they are a Fuck up.”

But at least the American knows this, they recognize their own incompetence.

Do not prove people are a Fuck ups, even though 50 pecent of Americans are lucky they show up to work.

What people say in the USA, and what they do is sort of reliable, you can count on people to do what they say 50-70 percent of the time; this is how the first world makes money.

Yet, in Mexico, Togo, West Africa.

The teacher shows up 30-60 minutes late.

And, they do not even get angry, most of them go to Church on Sunday, and don’t even see there is a problem.

I will meet you at 8 am tomorrow. And they say this with a clear conscience, but they have zero intention of showing up at 8 am tomorrow.  Actually, they do intend to meet tomorrow, but only 1 in 10 will actually show up for work. If you want them to work, you have to hire them by the month, and after 1-2 weeks, they will arrive at work because they want to talk with their friends.

It is the same in the USA, if there are no friends to meet at work, they won’t come to work either. To have a successful business in the USA, you need about 10 workers, so they can talk, and not work. Then sort of work, when they are not talking.

How to convert the people of Mexico, and Togo coming to work at 8 am? That is the question, the problem to solve, to help these poor 3rd world nations countries earn money.

Factories have time clocks in the USA, the person punches in, and works, because, well, everyone else is working, if he, or she wants to talk with his, or her friends, they need to follow along. If everyone stops working, then they can do that also, they can stop working.

“The cost of ‘hands’ is so cheap Andy, they do not care if they work, the boss will still make money.”

Jack died in Mexico of brain cancer, with Stan the gay guy at the Hospital, while Jacks 2nd wife did not come to the Hospittal, sort of like Thailand,

Yes, they alway make money, that is certain.

USA - Land of Innovation and Invention