Developed Countries Versus Developing Countries - A List of specific identifiers or differences..

This is my personal collection of identifiers of Developed versus Developing country. 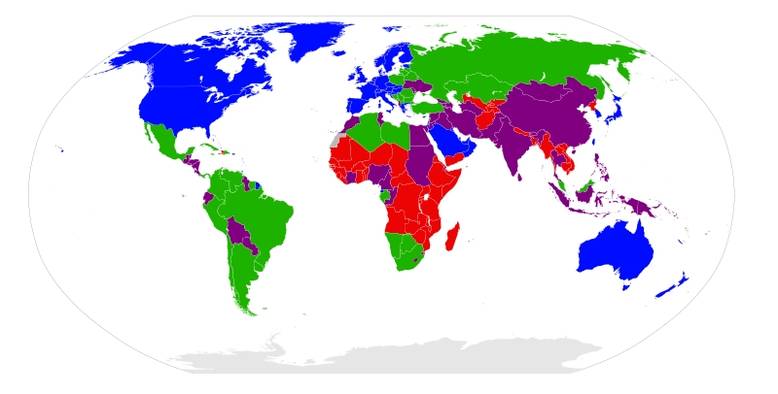 Note, about 80 perent of the planet is in the developing categories, it could be argued that Developed Countries are truly over-developed.

“Are you telling me you’re not smarter than 3 billion people, if these uneducated folks in Cambodia can do, why can’t you?”
- Mark July 10