Bums and beggars can be agressive, while normal beggars want anything, the lunatics can be seen talking to themselves.

There are subtle differences between bums, beggars, hobos, tramps, lunatics and the crazies that talk to themselves. Each continent and culture has separate kind of each. 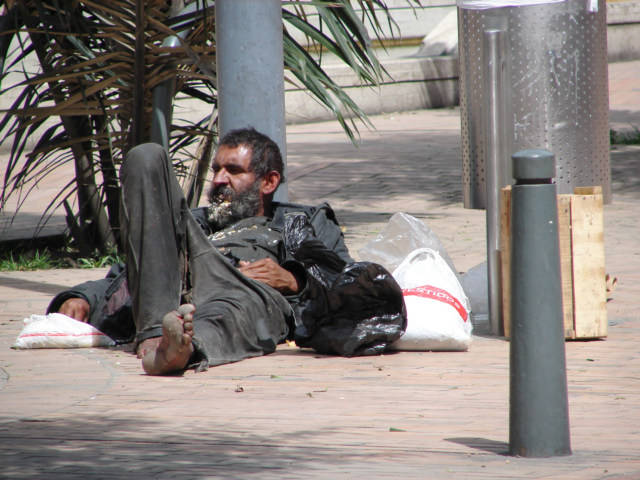 Bums and beggars can be agressive, while normal beggars want anything, the lunatics can be seen talking to themselves.

I Did Not Know I Was Poor Until You Told Me 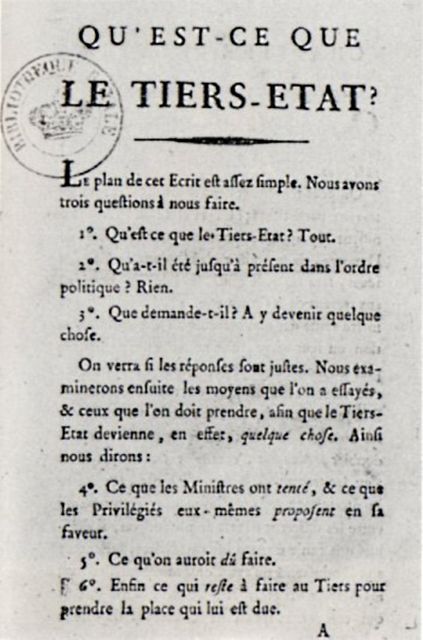 Poverty has many bums, beggars, and lunatics, be a gentleman, and grant them the right of pride.


The dominate feature is barefoot, this is the sure sign you are probably talking to a bum, beggar or destitute person. Although barefoot children does not mean much, adults walking around barefoot does.

I have never saw a beggar in my home city,
but have found them to be common
in the rest of the world.

Just a note:
The friendliest beggars I have
ever met are in Montreal Canada. Very polite.

WHO IS QUALIFIED?
I give to these ones.

1. MISSING BODY PARTS
That do not have or are missing body
parts. A leg, an arm, or some other part.

2. TOO OLD TO WORK.
There are very very old people with no money.
This is the responsibility of the country.
But I do give very old people money.
I will be old someday also.

3. FOOD BEGGARS
I am not talking about money.
Say you have a piece of bread in your hands.
A person looks at you and wants you to share it
or give them some. I share.

4. SPECIAL CRAZY
There are those people that are so crazy
they do not know how to take care of themselves.
I saw a guy in Otavalo Ecuador who was in shorts,
freezing, and sitting on the sidewalk. I saw this man
daily. He never asked for money or food.
I gave him some food. I am not sure he would
know what to do with money.

5. MAIMED ON PURPOSE
I am told that in some places the people cripple
or maim their children on purpose. I would not give.
It would only make them do it to another, and another
and another. But think on this one.
Tell me ideas.

1. Giving money to people make or creates
beggars.
2. Do not give money to people that do not
ask for money. That is an insult.
3. If you want to give money to someone.
Buy something from them. There is pride in
this type of business. Maybe you will pay
just a little too much, or your offer will be just
a little too high.
4. Do not give to OBNOXIOUS beggars.
That just encourages them to be obnoxious.
5. Do not do the job of the government.
Lots of countries rely on the world to take
care of their people. There is enough money in
all countries if they share the wealth.
6. If the person comes into a restaurant to
beg at your table. Never give.
7. Doubling up on you.
Hitting you up daily.
Wanting a daily beg.
Give to the beggars only one time.
Unless you want to live with them.
8. Do not trust a beggar.
Poor does not mean they are honest.
9. There is nothing noble about being a beggar.
10. Now...
Give me some money.... Idea number 3

SAVE THE WORLD
There are people that need taken care of
and helped. In the developed countries the
government takes care of their people.

If you see an old person begging.
That usually means the government of the
country is not taking care of that person.
Complain about this country to everyone.
The United Nations, and their government included..

What the world needs most is a
good retirement plan.
(Aha... Also a map, maybe mufflers
on all vehicles. a.k.a. World Peace.)
Presently the best way to retire is to have 10
children. One of them will take care of you...
Maybe?

Wonder why there is population growth
in underdeveloped countries?
No retirement plan.

Amputees: This is a beggar to help.

Wheelchairs: Another beggar to help.

Old Old Old People: This is a good person to help.

Asking for money is often different than begging, you must look at the bare feet and clothing, if a person is wanting money, but has shoes, good clothes, then the are just a mooch.

Ophans that are disabled: This is the true problems on the planet, when they are mentally ill, diabled, etc. They have no value to a father and mother, and they are abandoned.

Beggars: People who are not thriving or able to work and resort to asking for money.

Lunatics and Crazies: Generally they do not beg, are given food by the locals and walk around talking to themselves. Often in Africa they will be walking around naked.

Street Children: It is difficult to know if they are truly street children, you should not give them money, unless you see them sleeping in the morning near the street.

Beggar Rules: Generally, it is not wise to give to beggars unless they are missing body parts, an arm, leg, eye etc. Truly old people and decrepit people need money also, and that is OK. Many countries promote begging to tourist, whereby they are racing to the bottom of the HDI. (Human Development Index) The lowest rungs of the HDI often get the most free money from the rich countries, and that money goes almost directly into the pockets of the politicians.

If you want a good reason to leave the city, give to a bum hanging around in front of your hotel, you will soon understand, they do not go away once they found their easy mark.

As long as outside forces are willing to perform the social work of a country, and enable the country to not shoulder the burden, the beggar problems will grow. 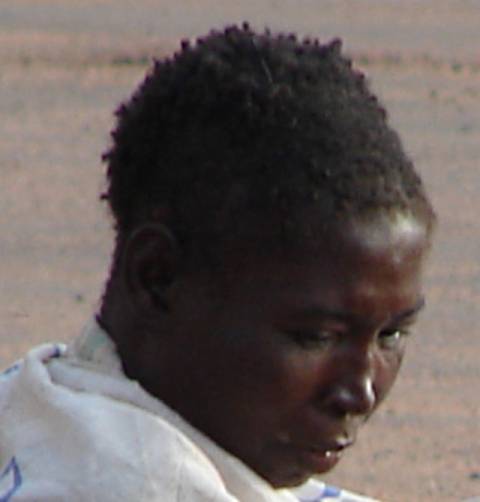 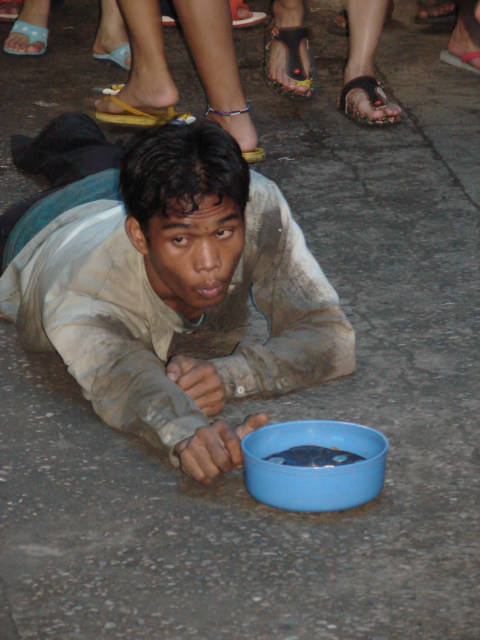 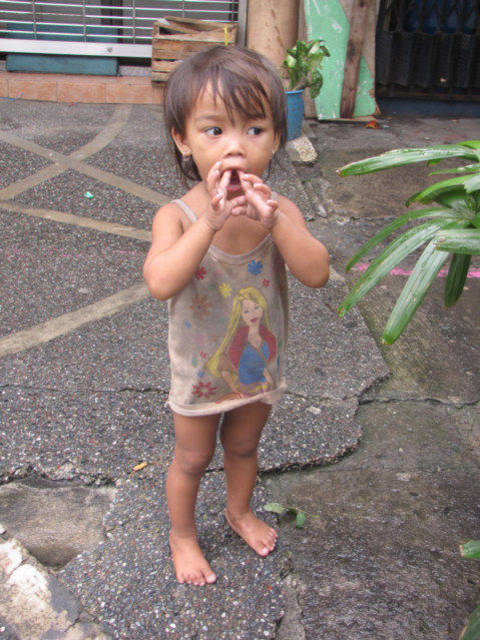 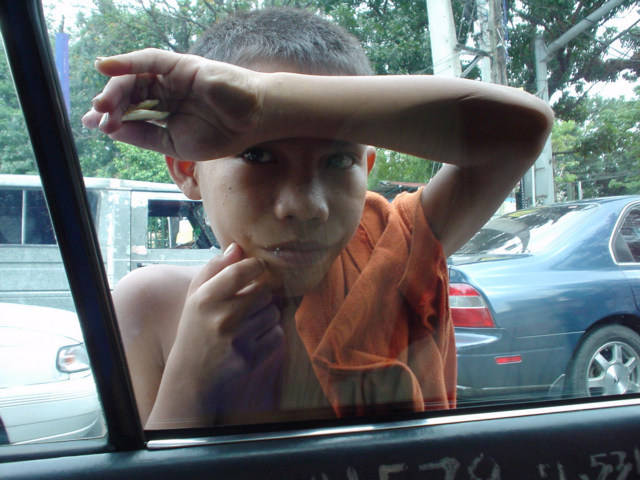 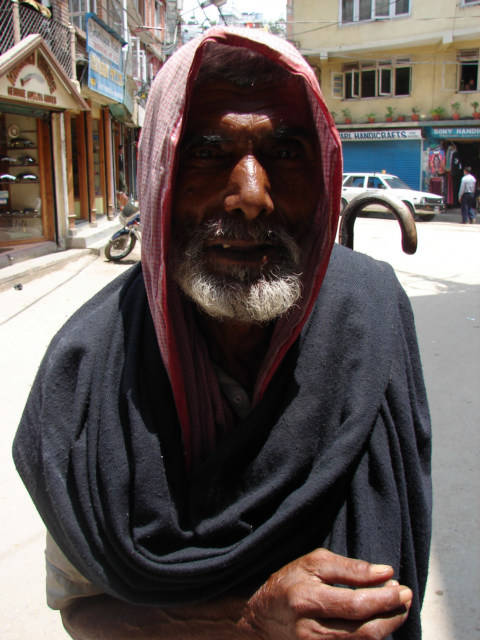