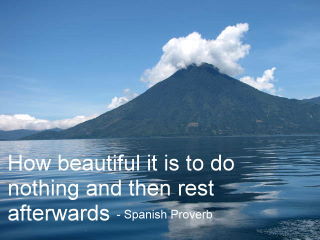 I was on the Island country of the Barbados, I stopped in a small bar close to my room for a drink, many on the corner of the bar expats where there. A man asked me where I was from, I said,
“The United States of America.’

He was expecting me to say,
“Indiana.”

He started to laugh and said,
“I think you are the first American to say the correct answer to me, they also assume I know they are from America.”

Well, since I know the game, and I knew he was being a smart ass, I gave him the tit for tat, I said,
“And you do know, you should not call us Americans you will make all the South Americans and Central American and North Americans angry.”

They will correct me in these areas of the world if I say American, as they are Americans also, one of them Politically correct geography lessons where people do not listen for intentions, they are trying to find a reasons to argue.

I am here in Lome, however today I leave for Kara, Togo, and then over into Ghana or Benin, maybe both. I am trying to rent a home or two in West Africa, and am taking a long time to arrange and write a lease. I am going to lease the property for 12 years with some renewable clauses, and incremental increases in rent, and all sort of real estate legal words.

I was a Real Estate Broker in the State of Indiana, in the country of the USA for 14 years, and purchased, sold, rented many properties. I think I was involved in as best I can guess about 1200 Real Estate contract negotiations.

1200 contracts and 2400 people.
I have seen about 25 people read the contract,
I think maybe five understood the contract.

I believe that all 2400 thought they understood the contract.

If you know a person that sit at a Real Estate closing and read all the papers they signed, the closing would take about five to ten hours. We sign the contract because we know we are all from the same culture and language and believe we have the same intentions. Moreover, the redeeming feature is we have the same legal system for about 300 Million people with some state variations.

In Togo, they have about eight major customs of understanding a contract.

I need to have two groups understand and agree me and the Ewe, Mina Africa culture; however, the contract has to be written in proper Togo and France French.

I do not want to argue with someone 8 years from now, and I am 100 percent sure that 99 percent of people will try to break a contract if they think it not fair.

So, I am trying to get three major cultures, ME, the Togo Ewe Mina person and the French Translator to agree to the same un-written contract, then I hope to have a contract in writing that agree with what they will never read.

I am trying to get a Meeting of the Minds, an African and American.

Why?
A contract is not a contract until, and I agree, the owner or I should not be bound to a contract that we do not understand the intentions.

What this means is a person from France that buys a property in the USA without a lawyer and no translation into French has a good legal argument to break a contract.

I am always amazed at expats signing contracts, they just sign and hope it works and it does work about fifty percent of the time.

Fun and games in Africa

The solution is this, I look at people minds. I look at their eyes, when I feel, see and know they understand then we will sign the contract, and not before. I made, in the past, and will continue to make contracts that work, not that I hope work.

Quote
Meeting of the minds

Meeting of the minds (also referred to as mutual assent or consensus ad idem) is a phrase in contract law used to describe the intentions of the parties forming the contract. In particular, it refers to the situation where there is a common understanding in the formation of the contract. This condition or element is often considered a necessary requirement to the formation of a contract.

The reasoning is that a party should not be held to a contract that they were not even aware existed. A mutual promise between friends over simple personal matters should not be a situation where legal remedies are to be used. Equally, any such agreement where the obligation is primarily a moral one rather than a legal one should not be enforceable. It is only when all parties involved are aware of the formation of a legal obligation is there a meeting of the minds.

Under the formalist theory of contract, every contract must have six elements: offer, acceptance, consideration, meeting of the minds, capacity and legality. Many other contracts, but not all types of contracts, also must be in writing and be signed by the repsonsible party, in an element called form.
Stop Quote
http://en.wikipedia.org/wiki/Meeting_of_the_Minds

I know a handshake is just about as good as a written contract.