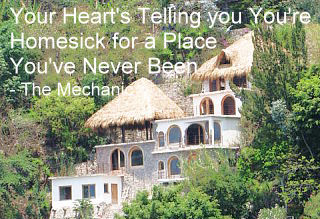 I have daily travel routines and I like them, they keep my world safe, simple and clean of messy worlds. I just woke up and it is 3:22 AM, this is too early, so my cycles are out of wack, I went to sleep too early. Port Barton is slow at night and the rain is not helping, it makes everyone have less to do and not sure on what to do. It is not raining now and I am hoping the rain has passed us over. It would be easy to choose to go to El Nido looking for sun and a better beach; however, I know this is crazy. If the sun shines, I am on a good beach, or close enough to be enjoyable. No Bikinis and nobody on the beach, except for numerous children, however I can go and receive some Vitamin D from the Sun and enjoy the day.

The routine today will be simpler as I am going on the third day of being in Port Barton, I have figured out where there is Internet for 180 Pesos, 140 Pesos more than I pay in Manila however if I time it correctly it would be 90 Pesos. The man at Summer Home where there is Satellite Internet is happy to assist with the Internet so that make the Internet better than normal. He is British and that is the reason there is Internet here I believe. The Satellite Internet is deceptive; it is only a Satellite for Philippines somehow and not anywhere on the planet. Pretty slow yesterday and not fast enough to really enjoy.

Pearls are here, I will go read in the encyclopedia�

�Pearl (gem), lustrous concretion produced by certain bivalve mollusks (see Mollusk) and valued as a gem. Pearls consist almost entirely of nacre, which is the substance forming the inner layers of the mollusk shells. Nacre, known as mother-of-pearl, is composed primarily of aragonite crystals. The pearl is an abnormal growth resulting from the invasion of the body of the mollusk by a minute particle of foreign matter, such as a fine grain of sand. The particle acts as an irritant in the mollusk and becomes coated with layer upon layer of nacreous material. Both marine and freshwater mollusks produce pearls.� (2)

The Japanese figured out a way to make Pearls as early as the 20�s and now they have a Pearl Farm here in Port Barton, I need to check on this and collaborate it is really a Pearl Farm, however 80 percent sure. I would have expected persons to try to sell me Pearls here, nobody has tried to sell Pearls to me or hardly anything, it like I am ignored except by the persons who wants us to buy them beers, or the boat drivers maybe.

There were people in Puerto Princesa trying to sell me Pearls, I ignored them as they just looked like glass beads, and of course, they could have been just that, who can tell.