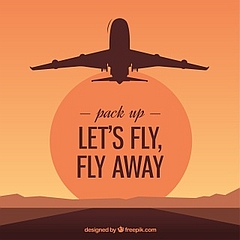 There is BBC and CNN in my room, so I lie around watching TV, movies mostly, but sometimes in between the hyperbole of the news, they have a good hype filled news type show. There was just on this extra time show where the man interviewed a woman that had sailed solo around the world. One of her comments is that she spends 80 percent of her time talking to the press and sponsors, writing articles, newspapers and 20 percent of her time sailing.

The point of this comment was that it is interesting to me that people will spend so much time or the overwhelming amount of their time doing the opposite from what makes them famous. My biggest strain on my life now is that my web site is getting large and when I had nothing to do, I had nothing to do. Sometimes that was more fun, I suppose the striving is fun, and when you manage something there is boredom. I am not bored, but I do now have to make more choices.

However, why do people enjoy talking to the press, writing articles, sponsors, or promoting themselves? I sometimes think that people believe it is possible to promote yourself until you are loved. Adoration or admiration of people I suppose is interesting and maybe it is captivating, but not a real type of intimacy that leads to fulfillment. I sometimes have an audience of people listening to my story, this can be intoxicating, but then later I berate myself and resolve to keep my mouth shut. I do not feel in the end admiration, but envy or and arrogance that I am bragging or that I am trying to elevate myself above others. It is not possible to talk about anything special with a normal person, they become an ingratiating jerk, or they become an arrogant minimizing jerk. Sometimes you meet a person that has done more than yourself or myself and this is great, because there is not the comparison or the need to compare.

I meet travelers that have wandered around the planet more than I have, and this is interesting. Most of the time it is an English guy that left and forgot to go home as they partied their lives away, or have went home and worked and earned enough money to go back to travel life. There is a class of person that took off when they was 20 years old then continued to travel or to stay away from home for most of their lives. So now, there are people that are 40 plus years old and have spent their last 20 years roaming around the planet. They have no aspiration for fame or to be noticed, in fact most abhor fame, as I am sure they do not want anyone to know they have been sponging on the free money of the government for years. But these people although not earning money, and living off the benevolence of the world or the na๏ve giving of money, they want to stay quiet.

I met this draft dodger of the Vietnam War; he went to many places to escape the war. He went to Morocco when the Crosby, Still, Nash, and Young group were writing songs about the place. I suppose some would have considered this inspiring, I thought it was very sad. This was a Peter Pan that refused to grow up. Upon learning about why he had traveled so much he went into this blah blah story about injustices of the U.S. government that he has spend the last 20 years running from. The sad part is there is zero balance in the commentaries. The U.S. government is 100 percent wrong and he is 100 percent correct. No good comments for the government. I have slowly grown capable of weighing opinions of travelers as I see more people out of balanced traveling than I see people in balance. I always know that he person that starts on the story about the USA supporting Osama Bin Laden or even Sadaam in the past, see or believe that a person should never change. Once they take a stand, they must seal the opinion in concrete and never change. Therefore, a government if they support a position should never change. Therefore, the government is a hypocrite in their mind by one day supporting and in another time not supporting. This holding on to a belief is what keeps many people the same and not growing.

They say to think outside the box and I do believe that creative thought is rare, and people feel the must fit into a pattern. That there must be a foolish consistency to beliefs, that once you adopt a belief you must stay the course, never changing.

However, motivation of travelers is strange, the woman on the TV wanted to be famous more than she wanted to sail around the world. The true traveler or even hobo is hiding. I spend tons of time trying to figure out how to earn money so I can travel, and this is annoying. But I must think about something, and many people do not think.

1. Extreme selfishness is number one.

These people will do anything or say anything to avoid real life; they are 90 percent of long-term travelers. They never have a career and spend most of their time trying to figure out how to get free money. There is a fine line between a Hobo and bum or tramp, hard do say what the difference really is, and easy to confuse.

The people live on the dole or the free money of their government mostly.

2. A trip to become famous. Like the trip or sailing around the planet, then the attempt to catapult this into a fame enough to pay.

3. Writers, there is an extremely small class of person like James Michener that travels the planet and writes books. This is very small, and most only leave until they know they cannot do this, and go home, but I am sure there are many like James Michener or Alex Garland that travel and continue to travel and write. I suppose I am in this category, because my typing in this computer has slowly made it possible to live from the typing. No, I am not in this category, I am in the lower number 6 category. I am making my money be typing, plus being creative, but not the true writer.

4. Extreme rich, this is a fortunate group that has a rich family and they just live off their family. They go into two groups normally the drunks and the non-drunks. Normally this group never tells you, and you must bleed them for how they have the money.

There is a growing number or retired people traveling around the planet. This is a fast growing group and I hope it continues. Sadly, the present group is most full of older men trying to see girls, but if the normal persons, maybe like the Germans are learning they will start to retire in other countries. Germans so far and few English have learned they can retire in other countries cheaper than they can in their own. In Ranong or off the coast of Ranong is a German colony of retired people I believe. In India, there are tons of retired people. The bad part is when they pay the full money of their country to buy their way into a retirement. Still afraid of living in another country, some pay the same amount to real estate fraud companies that sell them a pig in a polk. They need to first go wander around for 5 years before they buy land. Costa Rica is full of the crazies that pay too much for land. The escape artist web site has become a real estate sales site.

I hope with the invent of the internet people can learn how to travel all the time and work at the same time. Somehow doing their work from anywhere on the planet.