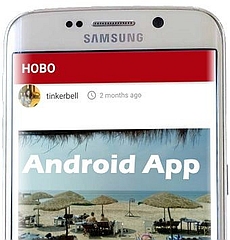 
2003-11-24 22:33:00
I went out this morning to talk with Gabe. There is a small shaded area with 4 tables in my Huts or Hotel for breakfast. We are sitting there discussing this and that and how the newspapers of the world are nothing but tabloids.

I look over to the owner of the complex. He comes out the back of his house that is in the center of everything. He has a screwdriver and a few light tools. He looks around down the road and about. He continues to do this all through his operation on the box. The electrical meter is under his back porch area and had a glass box covering the meter. It is locked, but obviously because I watched him open it, he has key to the lock. He opens the box. Looks around a lot and then proceeds to use a long screwdriver to loosen something. He then pulls out a piece of wire maybe 6 inches long. It is a heavy gauge wire and is rigid. Probably 10 or 12 gauge solid copper wire and in the shape of a U. He places this in the box and proceeds to tighten some screws on the inside. After he is completed he closes the box. Locks the box securely and stand back a foot. He stands there and studies the meter.

The piece of wire and the studying the meter almost guarantees to me that he is adding a bypass wire that will allow the un-metered electricity to enter the line with him paying. Then he had to look at the meter to see that it indeed was moving slower.

This is the type of situation that exists in maybe 80 percent of the world. The world steals electricity at a tremendous rate. There are constant blackouts in this area of Goa, but stands to reason when there is no way to know or anticipate the exact usage needed.

I also ask a guy the other day on whether or not they stole electricity? He started to laugh and said,

He then told me how they bypass, or hook up direct, or put some type of magnet on the meter that is suppose to slow down the meter.

I have seen some really creative ways of stealing electricity around the world. Some just blatant methods like hooking up, and others involve breaking into concrete walls and installing and extra wire, but nonetheless they steal electricity. Etc. It is fun to watch and observe. What is even more fun is to ask people about their electricity bills and how much they pay? The will lie. Man will they lie. It is fun to just see how much the average Joe on the street will tell a story to try to protect themselves. Even though probably 95 percent of the people in the area are stealing electricity. In an investigation that involves corruption the truth is very difficult to discern. The big mistake is to believe the rich are corrupt and the poor are not corrupt. They are both equally corrupt, but normally the rich are better at it. In the end the small or poorer people are not jealous or angry about corruption, they wish they were a bigger beneficiary of their corruption.

I have had enough of Palolem Beach, so it is time to leave soon while I still have a good feeling about the beach. It is not good to stay longer then my welcome and my interest in the places.

I want to go find some of real world where people work and people do not spend their whole day and night getting stoned. Agonda beach made me think and miss the balance of people in the world.

1. A Swiss man that travels the world.

2. A Russian girls with a motorcycle.

3. A German lady that drove their camper from Germany, she probably had he husband with her, but I did not see here.

4. An English girl that was probably just part of the colonization effort.

5. A highly educated Indian person that had sailed around the world.

I met some travelers not tourist.

I suppose last night listening to 3 Brits compare or try to send text messages over their Cellular telephone did not make my night. They were also talking about going to the Casino at the Inter-Continental and what to drink. Fortunately they did not talk about Soccer of Football, which is highly abnormal. It is taxing on my mind to listen to some of the inane conversations around here. Gabe is the best conversation on the beach, but he has the whole world wrapped up in a world surrounded by the drug culture and how it influences the world. He reads a lot and had not adapted the fashionable stance of life. The positions that is politically correct and boring.